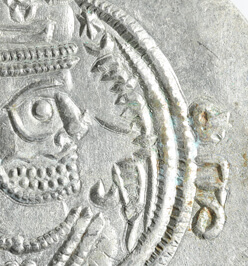 A few weeks ago, we presented the oldest Christian era dated coin in our CoinsWeekly Coin Records. Now, we can also add the presumably oldest coin dated according to the Hijri calendar. The Islamic calendar begins with the year in which Prophet Muhammad migrated from Mecca to Medina. The event is celebrated as Hegira or Hijra today. According to the Christian calendar, this took place in 622.

Stefan Heidemann, Professor of Islamic Studies at the University of Hamburg, believes the oldest dated Islamic coins were created in 35 AH (655/656 AD). This year became a mandatory mark only on the coins of the Basra Governorate, which is a province in southern Iraq today. Hence, the governor of Basra, ʿAbd Allāh b. ʿĀmir, was the first one to add dates of the Islamic calendar to his coins. 35 AH was also the last year of ʿUthmān’s reign – the third Muslim Caliph. ʿAbd Allāh b. ʿĀmir, born in 4 AH, was a cousin of ʿUthmān’s and had been appointed as governor of Basra by him in 29 AH.

As experts, Arianna d’Ottone and Joe Lang were asked to verify this record on April 18, 2019.

September, 26. 2019
An early Umayyad gold dinar dated 105h (723AD) from the ‘Mine of the Commander of the Faithful’ is the second specimen ever to be offered at public auction. Estimated at £1.4-1.6 million this is the highest estimate for any lot previously offered for sale by the auction house.
error: