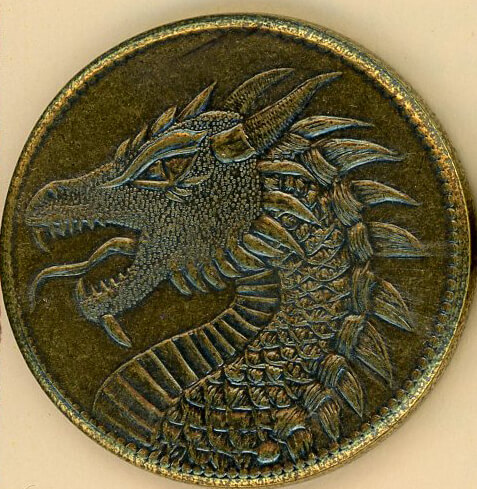 A new free display at the British Museum, open until September 29, 2019, examines the story of toy money. “Playing with money: currency and games” brings together highlights from the Museum’s collection – many on display for the first time – which explore how we understand money and economics through board games, toys, gambling, computer games and fantasy games.

Playing with money focuses on the twentieth century, when board games – which had for a long-time framed success and victory in moral or spiritual terms – began to focus on money and material wealth. Monopoly is the most famous board game of this type, and visitors to the display will be able to see a set of the iconic Monopoly money that is thought to have been printed during the wartime rationing.

Other games on display to first use economic themes include Pit, which simulates the noisy floor of a stock exchange and thought to be the earliest game to model how financial institutions work in order to entertain; and Hunt the Coal Thief, which was intended to educate players in wartime Germany about the economic consequences of wasting resources.

Through these objects, this concise display aims to highlight that money is hugely prevalent in the games and play of all ages. Play is one of the first places that we learn how to behave in society, and it continues to shape and inform us throughout our lives. Educational toys often include play money that resembles the real thing. Adult play frequently involves money, whether slot machines, bets on horse races, or a friendly hand of cards.

Playing with money is the culmination of the British Museum’s recent attempt to strengthen its collection of toy money. Over 700 new examples of toy money have been acquired in the past year, the first time since the 19th Century the Museum has actively collected these types of items. It means that the number of toy money examples that the Museum holds has grown by 10 times. They now sit within the Museum’s collection of coins and medals which is one of the biggest of its kind in the world.

Other notable items to see include real-world versions of the fictional coins found in the Game of Throne’s book series, tiny Euro banknotes made for Lego figurines, and a selection of Magic: the Gathering cards. It was the trading of these cards online which led to the creation of the world’s largest bitcoin exchange, Mt. Gox.

Tom Hockenhull, Curator of Modern Money at the British Museum says: “The way in which we play with money reflects how we understand money in everyday life, but games also often blur the boundary between fantasy and the real world. Many games have sophisticated models of how economies work and they’ve been used to communicate political messages, to educate, and to advertise for over a century. That’s why we’ve been so keen to collect 700 new examples of toy money. Far from being trivial, these items will be important tools to teach future generations about life in the twentieth century. Until then, we hope visitors will come and see Playing with money to have some fun and to think about what their favourite games really mean.”

For more information on this exhibition, please visit the British Museum website.

Is playing with toy money sufficient in terms of financial education? A study conducted by the University of Vienna found out that children are becoming increasingly materialistic and spend their money instead of saving it. This CoinsWeekly article offers an evaluation of this issue.

Since the first Monopoly game was developed in the early 20th century, countless adaptations, spin-offs and special editions have been released. For example, the Doctor Who 50th Anniversary Edition Monopoly and “Mycenopoly”.

No More Money For the Money and Medals Network

July, 15. 2021
The Money and Medals Network is a vital part in the British numismatic world. It connects institutions, contributes to revitalize collections, and trains people in museums. Arts Council England has decided not to continue funding.
error: