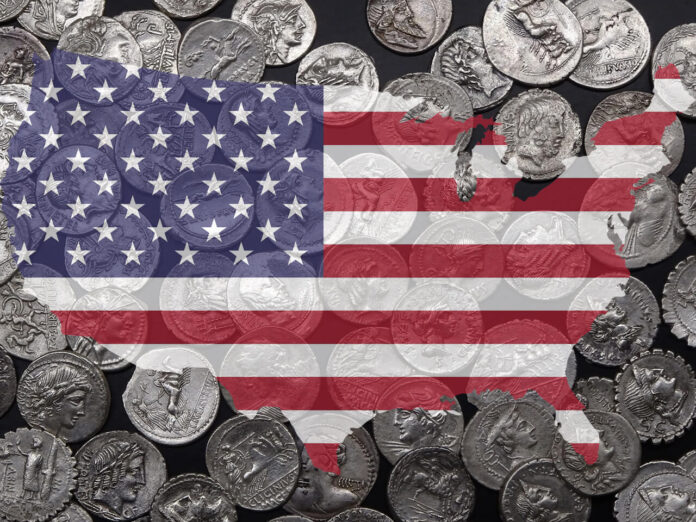 Classical Numismatic Group has sent out a newsletter informing collectors on this dramatic news. We share this information with you and hope that many of you will follow CNG’s invitation to comment on the new MOU proposal:

Once again, our hobby is being threatened by potential new restrictions on the import of ancient coins. This time, two of most popular of all ancient types, Roman Republican and Roman Imperial coins, are in the cross-hairs. It is reportedly being proposed that import restrictions on all Roman coins be added to the current Memorandum of Understanding (MOU) between the United States and Italy as it comes up for renewal this year.

To protect the pursuit we all love, Classical Numismatic Group is asking our collector friends and colleagues to send comments to the US State Department opposing any restrictions on the importation of Greek and Roman coins that were produced in Italy. The deadline for comments is July 8.

In the past few years, collectors have gained some important exemptions for certain coin types via lobbying the State Department’s Cultural Property Advisory Committee (CPAC). While the record is mixed and some restrictions have been imposed, until now both later Roman Republican issues (after 211 BC) and Roman Imperial coins have not been subject to restrictions.

This government regulation or MOU is up for renewal every five years. Since 2011 when this restriction first applied to ancient coins, it has covered Greek coins produced in Italy as well as the earliest Roman coins, pre-211 BC. This time, certain segments of American archaeological associations and a powerful lobbying organization that seeks to ban all private collecting of ancient artifacts will likely push for the extension of restrictions to all Roman coins.

This would greatly reduce the number of coins that could enter and make importation from overseas venues either illegal or vastly more difficult and time consuming. This, along with the additional costs of importation to include required documentation, would likely lead to increased prices.

While many of the most expensive coins do have pedigrees, there are many coins entering the market that do not have an extensive paper trail. While we have learned to live with restrictions on certain types of ancient coins by researching pedigrees, this has curtailed the trade among these types and resulted in increased prices that have limited the collector base and the general enjoyment of an age-old hobby.

Comments should be polite, succinct and to-the-point. They should request that the current restriction on coins produced in Italy be removed, as coins by their nature are intended to circulate widely, in many cases far beyond the borders of Italy or even the Roman Empire. The current nation-state of Italy did not exist until 1861, therefore Italy should have no claim on coins produced thousands of years in the past. It is important to stress that, even if the current restrictions remain, under no conditions should they be extended to all Roman coins.

For further information including suggested comments, see “Please Help Save Roman Imperial Coin Collecting” by Peter Tompa, a cultural property attorney who has made it his life’s work to stand against arbitrary import restrictions.

Comments may be submitted to the Cultural Property Advisory Committee. Please click the blue button at the top right to be directed to the comment page. Please note that your comments are not private and may be included on the government public comment page. The deadline to submit a comment is July 8.

February, 24. 2022
Authoritarian leaders in the Middle East use the message of ancient greatness to disguise and excuse their own failings. Kate Fitz Gibbon demonstrates how they employ archaeology and historical narratives of a glorious past.
error: