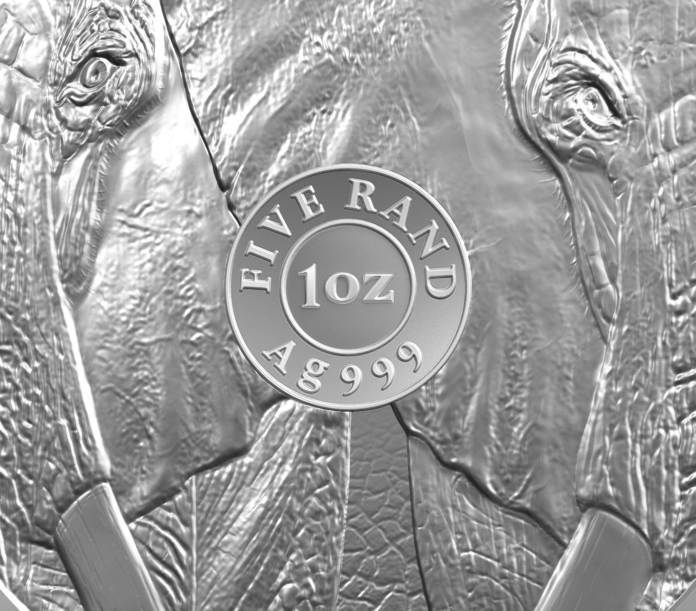 The South African Mint, a wholly owned subsidiary of the South African Reserve Bank (SARB), has announced a multi-year, fine silver, “Big Five” coin program featuring wildlife synonymous with Southern Africa – the Lion, Leopard, Elephant, Rhinoceros and the Buffalo. The exquisite range will see each one of the majestic creatures issued on a collectable silver coin.

The series consists of a Brilliant Uncirculated-quality coin struck from 999.9 fine silver and a proof-quality version of the same and in March 2019, a 24-ct 1oz gold coin, a 1oz fine platinum coin and two combination sets will be introduced. Adding diversity to this series is the 1oz platinum coin, a metal with which the SA Mint had tryst in 2017 when it launched the limited mintage platinum Krugerrand to mark the iconic coin’s 50th anniversary.

The demand for silver coins has grown steadily over the years and one of the key factors working in its favour is the affordability of the metal. Silver, which has both real and numismatic value has contributed to the success of the South African Mint’s collectable coins and was the first choice metal to showcase the Big Five.

The first coin in the series, launched at the World Money Fair in Berlin in early February, features a breath-taking design of the mighty Elephant filling up much of the surface area on the obverse side, with its face accentuated and tusks bordering the top part. Encircling the elephant at the bottom, below the tusks, are the words ‘South Africa’ and ‘Big 5 2019’, and South Africa’s national coat-of-arms in the centre.

The reverse of the elephant coin bears the ingenious design of two halves of the elephant’s face, side-by-side. The ear, tusk, eyes and part of the nose of each of these halves are prominent in this design, which is meant to give one complete face when two coins are placed next to each other. When multiple coins are placed next to each other, a herd is formed.

African Elephants (Loxodonta Africana) are the largest land mammals that walk the earth. Their prominent ivory tasks have unfortunately become a valuable commodity in certain parts of the world, which has resulted in a rise in the illegal hunting of the mammals for ivory. Furthermore, habitat loss has led to a dramatic decline in populations of African elephants in recent decades. While this is almost impossible to arrest as people go after fewer resources encroaching on the elephant’s natural habitat, a global ban on ivory trade has applied brakes on the senseless slaughter of elephants.

“Our Big Five coin program stands as a celebration of Africa’s wildlife and a tribute to the dedication of institutions and individuals who relentlessly fight against odds to preserve and protect wildlife and their habitats,” says Tumi Tsehlo, MD, South African Mint.

The coins will be launched biannually with a new animal every six months. In August 2019, the coin will feature the king of the jungle, the lion.

“We see the new coin program as a reminder to do more for conservation, a lack of effort might mean the icons of Africa, the last natural refuge for wild animals might only be seen on silver,” says Tsehlo in conclusion.

“The series celebrates Africa’s unique natural heritage by embodying the Big Five and we hope that the coins will see the animals living and thriving in the future. With their limited mintage and relevance in today’s times, the Big Five are a must-have for coin enthusiasts, nature lovers, safari tourists and just about anyone who appreciates exceptional art and design.”

More information on the new series is available on the South African Mint website.

Anyone interested in historic and contemporary South African coinage will find more articles in our respective CoinsWeekly archive section.

April, 9. 2020
The South African Mint introduced the ‘South African Inventions’ theme in 2016. In 2020, another South African innovation stands out on their newest commemorative coin: the Retinal Cryoprobe, invented by Dr Selig Percy Amoils in 1965.
error: