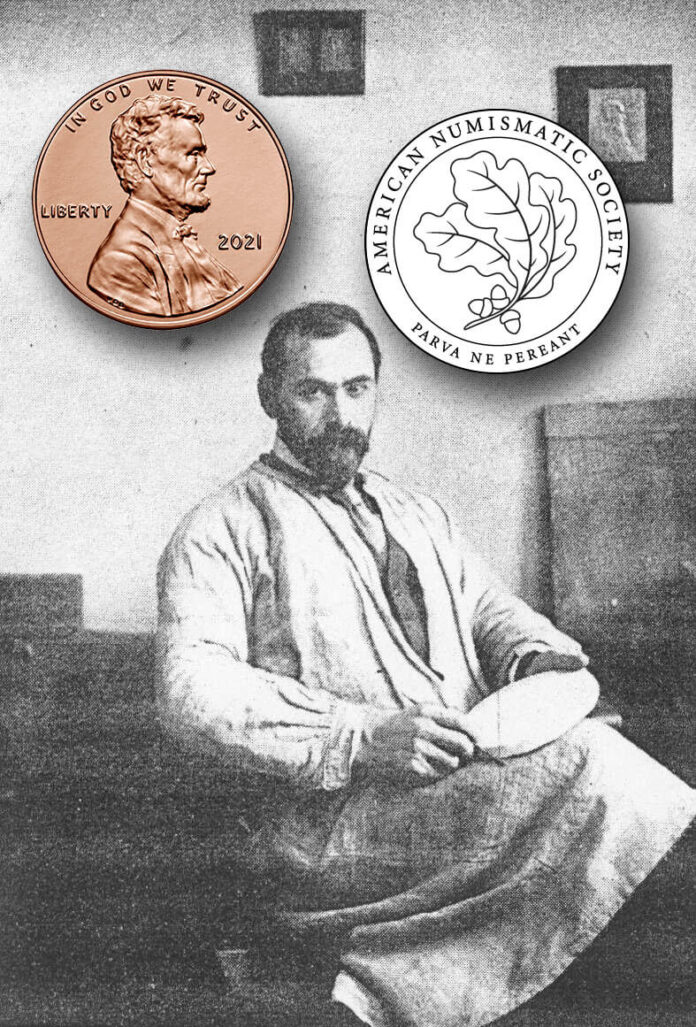 The American Numismatic Society announced the reintroduction of the Coinage of the Americas Conference (COAC). Since the mid-1980s, COACs have been considered the leading venue for the presentation of academic research that pertains to numismatics of the Western Hemisphere. The papers given at past COACs have routinely been published and resulted in a number of edited volumes. These texts have since become standard references on their respective topics. After 2009, COACs experienced a hiatus that will end with the upcoming conference this year from 17th to 18th September 2021 in New York.

COAC 2021 is Dedicated to David Brenner

For COAC 2021, the ANS seeks presentations and papers related to famed sculptor, Victor David Brenner, for the 150th anniversary of his birth on 12th June 1871. Born in what is now Lithuania, Brenner initially followed in the family business of jewel engraving before immigrating to the United States in 1890. After studying in both the United States and, most notably, in Paris with Oscar Roty, Brenner quickly positioned himself to become one of the foremost medallists in the United States. While his most well-known piece is, undoubtedly, the Lincoln Cent of 1909, Brenner created more than 200 medallic works of art throughout his illustrious 35-year career. He produced works privately, for the United States Mint, the Medallic Art Co., and several other producers of the early 20th century. Even in his own lifetime, his rise to fame in America during a time of mass immigration to the United States was heralded as the ultimate achievement of the American Dream.

The ANS welcomes all proposal submissions connected to either his life or his work, and encourage those related to (but not limited to):

During the conference, each presenter will have 50 minutes, including time for Q&A. After the conference, each invited participant has until 31st December 2021 to submit their polished article for possible inclusion in an edited volume. Final papers should be no more than 8,000 words (not including tables, charts, image captions, or references).

Presently, the ANS hopes to hold this as its first hybrid event with speakers and attendees participating both in person and online. As such, this will also be the first major event that the ANS hosts with in-person guests since the initial outbreak of the COVID-19 pandemic. Conditions for in-person attendance will be dependent on the requirements implemented by the ANS at that time, based on CDC and NYS guidelines.

For submission proposals, please provide the title of your topic, a 200-word abstract, and speaker/ presenter information (name, title, agency/organization, and contact information) to Dr. Jesse Kraft via email by 1st July 2021. The selection committee will notify those who submitted successful proposals by 15th July 2021.

For further information on the American Numismatic Society, visit their website.

September, 9. 2021
The first significant data upload for the ANS’s Roman Republican Die Project is completed. The database is searchable and focuses on Roman Republican coinage (509 BCE–27 BCE). You can try it for yourself – it’s completely free!
error: