Augustus in Saigon!? This seems odd, at least at first sight. The first Roman emperor Augustus (27 BC – AD 14) never entered what is nowadays Vietnam, nor did Roman imperial rule ever reach out to here (though few finds of Western ancient objects have been discovered). And of course, no copy of the famous Augustus of Primaporta statue is visible in modern Ho Chi Minh City, as might be suggested by the logo of the exhibition: it is just a collage to provoke thoughts and stimulate discussion.

Yet, there is some presence of Roman imperial, and classical Western, ideas in what was once Saigon and Vietnam, and it can be found in urban space, architectures, sculptures, money, and stamps, then and now. Certainly, these imperial messages are inevitably linked to the French colonial period, but they are still present today, in so-called post-colonial times, albeit in different guise and appearance. But why, how, and to what extent?

The online exhibition is dedicated to studying these classical Greek and Roman elements in their specific spaces and frameworks, and to reveal the different narratives they produced, from the past until today. It is the result of an undergraduate course conducted in spring semester 2022 by provost distinguished fellows Prof. Dr. Sven Günther (Institute for the History of Ancient Civilizations, Northeast Normal University, Changchun, China) and Dr. Elisabeth Günther (Classical Archaeology, University of Trier, Germany) at Fulbright University Vietnam.

Discovering and identifying this classical past in the very details of building structures, statues, monuments, reliefs, coins, banknotes, and stamps was the first step of nearly 20 students to delve into the history of the respective space or topic. Then hours of research into the historical contexts and background followed, to analyze the meaning and use of those classical elements in the overall structure. Based on these observations, the students then attempted to understand the (changing) narratives to which those elements contributed. And at last, they composed their understanding into historical narratives in the respective pages, based on more than 300 detailed item descriptions and equipped with numerous illustrations, tables, timelines etc. 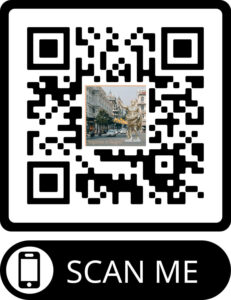 “Saigon” with the well-known and well-marketed City Hall, the Opera House, Vietnam History Museum, the National Bank of Vietnam, or the Riverside Hotel, and several statues spread all over the city offers various spatial and social structures that allow to dive deep into the colonial past and the de- and post-colonial frames having been built around, on, or instead of, these structures in subsequent times. Furthermore, a very indispensable part of our life, namely, banknotes, coins, and stamps also embody in themselves the complicated histories of Vietnam. Those buildings, statues, and monetary tokens convey(ed) and promote(d) representations of French colonial ideology, often in classicizing, i.e., Western ancient guise and related to (constructed or imagined) local cultures. So if you wish to know something more about how ancient concepts of liberty, or Greco-Roman gods such as Athena/Minerva, Hermes/Mercury, and Nike/Victoria were, and are, present(ed) and frame(d) in Vietnam’s history please visit our exhibition, and engage in the thoughts and narratives provided by Fulbright students!

May, 28. 2020
2,500 years ago, Greek artists invented portrait on coins. There was a reason for it: portraits were supposed to strengthen the loyalty of the ruler’s troops. After all, mercenaries should be aware of who brought the money. Andreas Pangerl is summarizing his history of portraiture.
error: