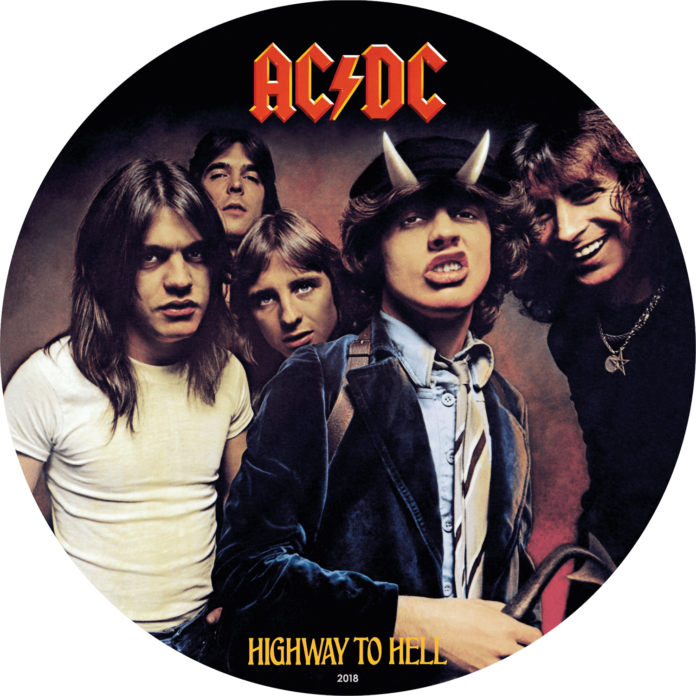 With “Highway to Hell” CIT Coin Invest AG published the third issue of the AC/DC series. The highlight of the two-dollar silver coin is the colored cover of the AC/DC album of the same name.

Highway to Hell was AC/DC’s global breakthrough as a hard rock band. The album was released on July 27, 1979 and more than 9.5 million copies have been sold to this day. The cover is just as exceptional as these numbers. It is the only one of AC/DC’s covers which shows the entire band clearly recognizable as individuals. It is the last album featuring Bon Scott as the lead singer before he died on February 19, 1980. The opening title, Highway to Hell, still is a classic of hard rock music.

CIT Coin Invest AG has transferred the original 1979 cover onto an innovative issue in cooperation with Perryscop Productions. With a diameter of 168 mm (sic!) and a weight of half an ounce, this piece almost transitions between coin and banknote. While one side has been colored by way of pad printing, the other side remains silver and features lines that imitate the grooves of a record. Just like a record, the coin can be stored in a packaging designed as a record sleeve.

This is the third issue in the AC/DC series. The only aspect these coins have in common, however, is the band as a common theme. All of the three issues are designed completely different. The issue “Black Ice”, which is sold out by now, was struck in high relief – which is the complete opposite of the banknote-thin issue commemorating Highway to Hell.

Just like the band, the coins of this series cannot be defined in one common style.

Learn more about the AC/DC series on the web site of CIT Coin Investment AG.

The official music video for “Highway to Hell” is available on YouTube:

February, 25. 2021
With their newest coin in ultra-high relief CIT combines in an outstanding way a masterpiece of the renaissance, the Vitruvian Man from Leonardo da Vinci, with one of the most important innovations in the history of medicine, the discovery of X-rays.
error: