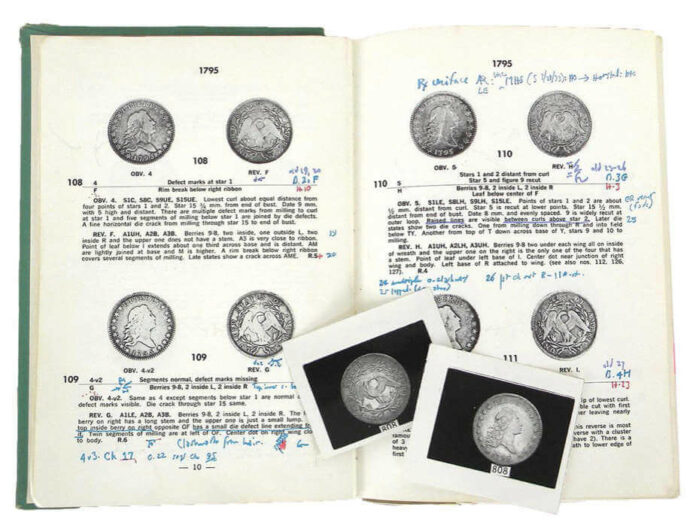 Kolbe & Fanning Numismatic Booksellers announced the sale of the outstanding numismatic library formed by Sydney F. Martin for sale at auction on Saturday, 30th April 2022. “The Martin Library is among the finest formed on the subject of early American numismatics, and was painstakingly assembled over the course of more than thirty years. We are honored to have been asked to catalogue the library, having worked closely with Syd as he built it,” says bookseller and cataloguer David Fanning. While the focus of the library is on the early coinage of the Americas, Syd’s interests were such that it by necessity includes many works on British, Irish, French and Spanish numismatics as well.

Syd Martin (1945–2021) was an entrepreneur in the defense and intelligence industries and a well-known collector of early American coins. A graduate of MIT, his success as a businessman, coupled with an analytical frame of mind, allowed him to conduct extensive numismatic studies of some of the most complicated and demanding series in the sphere of colonial Americana. He was the author of four landmark studies in this field, covering the Hibernia and Rosa Americana coinage of William Wood, the French coinage for North America, and the enigmatic St. Patrick coinage. He also wrote a detailed catalogue of the extensive medallic issues struck in commemoration of the 1932 bicentennial of the birth of George Washington. He served as President of the American Numismatic Society and was heavily involved in the Colonial Coin Collectors Club and the Numismatic Bibliomania Society.

The Martin Library will be presented in a full-color catalogue, and will be conducted online on their live bidding platform.