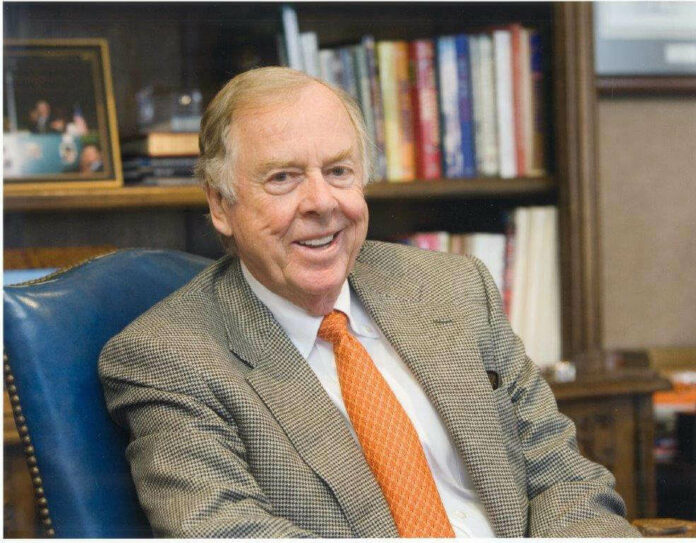 Stack’s Bowers Galleries has been selected to auction the coin collection of the late T. Boone Pickens, influential businessman and financier. Pickens gained recognition in the 1980s through his impact on the oil industry and eventually earned the nickname “Oracle of Oil.” He went on to apply his expertise in many other areas of the energy industry, advocating for natural gas, wind power, nuclear power and other alternative energies. In 1997, he founded the hedge fund BP Capital Management (originally BP Energy Fund), which he chaired for over two decades before he closed the company in 2018. In his later years, he became respected for his generous philanthropy and even signed on to the Giving Pledge in 2010 at the behest of his friends Bill Gates and Warren Buffett. Pickens was quoted as saying “I enjoy making money, and I enjoy giving it away.”

Pickens was also a passionate collector in many areas and his art collection was sold by Christie’s in 2020 for over $20 million, a portion of which was donated to charity. Pickens’ interest in numismatics was borne out of practicality and began with collecting unusual coins out of his pocket change, including such popular issues as Buffalo nickels and Morgan and Peace silver dollars. This fascination grew into a purposeful acquisition of Proof sets and Mint sets for himself and his family. Pickens’ mother, Grace, also collected coins which he eventually inherited. T. Boone Pickens passed away in September 2019 at the age of 91 after a long and fulfilled life. By this point his coin collection filled four bankers’ boxes and exhibited an incredible breadth of types and international currencies. Stack’s Bowers Galleries is proud to be able to share his collecting legacy through a special auction of these important numismatic mementos.

Coins from the Collection of T. Boone Pickens will be presented by Stack’s Bowers Galleries in their December 2022 Collectors Choice Online Auction, with live bidding taking place on December 13th and hosted on the firm’s website. The Pickens Collection spans a wide range of numismatic categories with a focus on Liberty Head gold and modern U.S. commemorative issues, as well as international items from Austria, Canada, Denmark, Great Britain, France, Mexico, the Ottoman Empire, Russia, and several other countries. For more information view the online auction catalog.