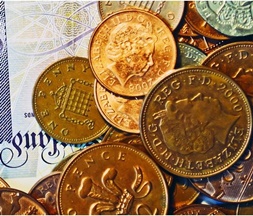 The question arose once again this month about whether the two smallest coin denominations should be discontinued in the United Kingdom. This has now been put to rest at least for the foreseeable future by British Finance Minister Philip Hammond. The announcement, made during the Verdict of the Pyx ceremony in London which is part of a longstanding custom dating back to the 12th century that assays and validates British coinage where he re-iterated plans by the Treasury to safeguard the future of cash – from copper coins to larger banknotes.

Despite the fact that the one penny and two pence coins are for the most part rarely used in cash transactions, Mr Hammond – who is both the Chancellor of the Exchequer or Finance Minister as well as the Royal Mint’s official Mintmaster reiterated that there will be no changes to the mix of coins and banknotes, with all denominations from the penny to the £50 banknote remaining in circulation.

The current versions of the one penny and two pence pieces were first introduced into circulation in February 1971 when the United Kingdom transitioned to a decimal currency. These two denominations are now minted in copper-plated steel beginning in 1993 when their original bronze composite was discontinued. It is estimated that six out of ten one penny coins are used only once before being discarded in jars by the public and astonishingly one in twelve are actually thrown out.

At the time of the transition to a decimal system in 1971, a half penny was also introduced and saw significant use as many grocery items were priced using this denomination. The half penny was withdrawn from circulation thirteen years later as the coin’s buying power was eroded with low levels of inflation. Currently, the one penny coin holds less buying power than the half penny when it was finally withdrawn.

In 2018, it had been suggested that the two lowest coin values were to be discontinued when a leaked Treasury memo suggested this could occur in the near future. The rumour was soon quashed when the Chancellor stepped in and confirmed the coins would not be discontinued during his budget speech in March 2018. At the same time, the Chancellor confirmed the £50 banknote, the highest value in circulation would undergo a re-design and be printed on a polymer substrate following those of the £5, £10 and in 2020, the £20 denomination.

At that time, he also called for an independent review and consultation to determine how cash is used in the United Kingdom, the findings which determined that more than 2.2 million Britons are more reliant on cash transactions than electronic payments and is more prevalent in rural areas of the country. More than half of those people live in households with total incomes of less than £15,000 a year. A new working group will be chaired by the Treasury who will set up a strategy and coordinate work to support nationwide cash access to help safeguard physical money for those who need it, under plans being outlined by the Chancellor.

In terms of using one penny coins in transactions, the legal limit to pay for goods or services is up to 20 pence but many businesses complain that processing the two smaller coin denominations is both too costly and expensive to transport small denominations. At the same time, many retail shops are voluntarily and routinely “rounding” prices to save the bother of handling low-value coins, further lessening the use of the 1 and 2 pence coins. The Chancellor ended his comments by stating the one penny and two pence denomination coins will be used in cash transactions “for years to come”.

Additional information can be found on the UK Government’s website.

CoinsWeekly reported about the 2018 rumours about the possible withdrawal of low-denomination coins in the UK. You can also find more information about recent developments in the alleged vanishing of small denominations on our website.

If you are interested in the history of the Pound Sterling, we recommend you read this CoinsWeekly article. In addition, this 1971 film explains the change to the decimal system.

Is Paying With Collector Coins A Crime in the UK?

November, 11. 2021
In the UK collector coins have legal tender status but are not intended as a means of payment. Confusing? Michael Alexander explains why a coin collector according to that law was first charged with theft – and then turned the tables.
error: