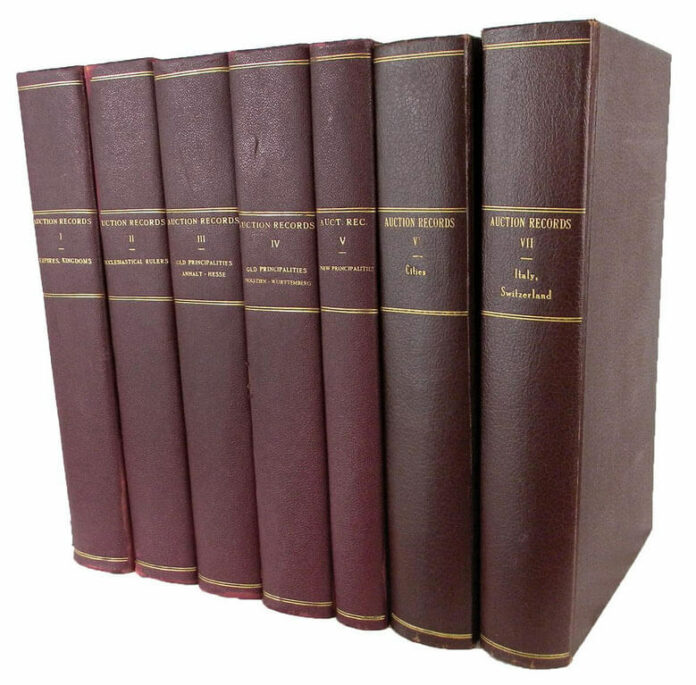 Kolbe & Fanning Numismatic Booksellers sold, in cooperation with Fritz Rudolf Künker, the numismatic library of Mark and Lottie Salton on Saturday, 18th September 2021. The sale received widespread attention from bidders around the world, and brought exceptional results, with over 95% of the lots selling.

Some highlights of the sale included:

The above prices do not include the 20% buyer premium. In all, the sale brought $381,520 hammer against an estimate of $176,280. This extraordinary result is a testament to the esteem in which the Saltons are held by the numismatic community and reflects the quality and rarity of much of their library. The successful bidders are from fourteen different countries, attesting to the library’s widespread appeal.

Kolbe & Fanning are grateful for the active participation of their customers and looks forward to serving them in the future. Please check their website to stay abreast of all activities and to browse the retail stock of numismatic books. The Salton Library’s online catalogue (as well as previous auctions) can be browsed as well.