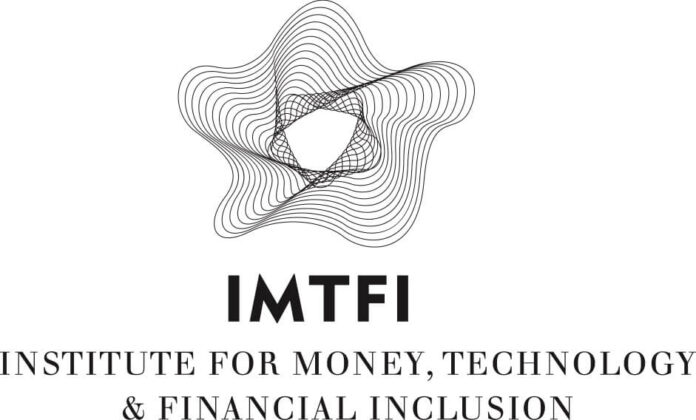 2019, Cash Matters, the pro-cash movement by the ICA, published the white paper “Virtually Irreplaceable – Cash as a Public Infrastructure” by Dr. Ursula Dalinghaus, making a case for how and why cash must be understood as a “public good.”

Dalinghaus, Visiting Professor of Anthropology at Ripon College, is also an affiliated scholar at the Institute for Money, Technology & Financial Inclusion, IMTFI, University of California at Irvine, which has made itself a name as one of the leading institutes when it comes to the role of money in people’s daily lives and practices and to the best way to go about financial inclusion.

The Director of the IMTFI is Professor Bill Maurer, Fellow of the American Association for the Advancement of Science, Fellow of the Filene Research Institute, Dean of the School of Social Sciences and Professor of Anthropology at the University of California, Irvine. Bill Maurer will also be one of the keynote speakers at the ICA’s Global Currency Forum 2020 in Barcelona.

Currency News: Professor Maurer, what prompted you to found IMTFI in 2008?

Maurer: Big changes were afoot in the world of money and payments in 2008. The global financial crisis, the rise of smart phones, and, in Kenya, the mobile payment service, M-Pesa, all focused people’s attention, across a range of fields and professional locations, on the intersection of money and new technologies. We founded IMTFI to bring the perspective of on-the-ground research about the everyday money lives of people around the world, to help researchers, nonprofits and policy makers understand the profound impact that technology was having on people’s saving, spending and payment behavior. We also wanted to ensure that folks in the policy and economic development communities heard the voices of people from the places most impacted by these technological changes. Too often it seemed like international workshops and conferences were attended by the same set of speakers and the same organizations. We wanted to get research funding into the hands of people actually from the countries where things like mobile money deployments were taking place. The idea was to create a global brain trust of new experts on money, technology and financial inclusion.

CN: What makes IMTFI different from other institutions or university faculties?

Maurer: The big difference, which always surprises people in this space, is that we are mainly anthropologists. Even though we have supported many experts from other academic fields over the years – design researchers, computer scientists, or economists  –  we always try to instill an anthropological sense. We  also provide training in anthropological methods, like ethnographic research, to help them get at what is really going on in people’s lives around money and technology. For instance, survey researchers had reported that some people in Kenya were using M-Pesa to pay school fees. Our research found that, sure, they were paying school fees, but often the funds were first routed through coming-of-age rituals and the purchase of livestock as gifts marking stages in the life course. There is so much more going on than what people will tell a (usually foreign) survey researcher. For another thing, we try our best to maintain an objective perspective on the phenomena we study – we don’t come at things with a pre-determined agenda. This sometimes makes people uncomfortable. Finally, we have made all our findings public – this is a core value that comes from being part of a public research university, but also makes a difference insofar as other organizations and companies often conduct work under nondisclosure or confidentiality agreements.

CN: IMTFI is working with scholars across the globe. How do you manage the global cooperation?

Maurer: Ha! It has been an adventure from day one. Key to our success has been the team at UC Irvine, which consists of an administrator who keeps the trains running on time, and a small group of graduate students and postdoctoral scholars who assist our global researchers with their work, both with advice on methodology, assistance in preparing presentations and papers, and assistance with publication or dissemination of their research results. But we’ve also had to meet people where they are – sometimes that means sharing publications and calls for proposals via the good, old-fashioned mail service, and paper posters and flyers instead of relying solely on email.

CN: What is the main focus of the institute and can you talk about a current project?

Maurer: We want to understand how people’s diverse interactions with money are being reshaped by new technologies, from new payment platforms to things like artificial intelligence in providing financial advice or in creating alternatives to traditional credit scores. But, again this is crucial, we focus on the user side of the equation, on people’s actual interactions with money and these technologies, down to the level of questions like, where do they keep their money, and why? What does their daily transactional life look like? What are the diverse systems and beliefs that inform their money practices? We developed the concepts of monetary ecology and monetary repertoires to capture this people-centered approach to money and technology. So, recently, we conducted a study of the financial lessons that fintech apps actually teach people, focusing primarily on US college students using budgeting apps like Mint and investing apps like Acorns. Along the way we discovered all kinds of fascinating things, like the way some young people use cash as a way to save money, keeping it an envelope in a drawer so they won’t spend it, since it’s so easy to spend using Venmo or your debit card.

CN: IMTFI was initially funded by the Gates Foundation, major supporters of the Better than Cash Alliance. The IMTFI is neutral when it comes to payments, however, there is an increasing focus on cash. What caused this development?

Maurer: We realized pretty quickly that there were a couple of very general things going on, almost everywhere around the world. First, most of the new mobile money systems in which the Gates Foundation was initially interested as potentially banking the unbanked were in fact serving as payment rails – not as means of saving but as a means of moving money. This made us focus more and more on payment systems as a distinctive area of research. Second, pretty much universally, we found that new systems were not replacing old ones; they were instead being added into the mix. People would use one payment method for one kind of transaction, and other payment methods for others. But nothing was replacing anything else. I think a lot of people initially thought that things like mobile money would displace cash. Instead, mobile money became a way for people more efficiently to move money and access it in the form of cash.

If this topic interests you we recommend a visit to the websites of Cash Matters and the IMFTI.

If you would like to take a look at the study, you can also download the whitepaper.

This short video will give you an entertaining overview of the IMFTIs work.

We already reported on the release of the study. You will also find additional links beneath the article.

Why Is There A Shortage of Small Change in the Philippines?

December, 2. 2021
The police found 50 million 1 peso coins in a warehouse in the Philippines, which have suffered from a shortage of small change for years. The central bank is calling for coin hoarding to be criminalised – but parliament passed such a bill in 2014. How come?
error: