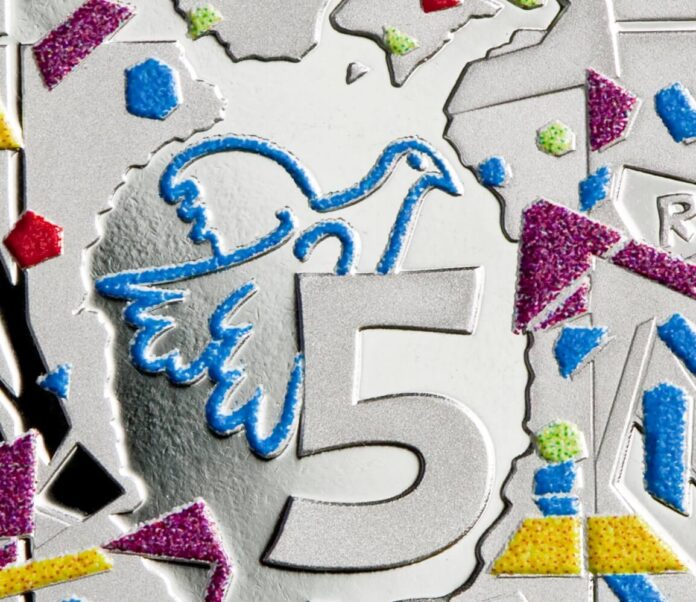 The Istituto Poligrafico e Zecca dello Stato (IPZS) is issuing a 5€ silver proof coin dedicated to the “30th Anniversary of the Fall of the Berlin Wall” that will be available on October 18th. The design was made by Valerio De Seta.

The obverse features the Berlin Wall with a colourful, stylised graphic mural.

The reverse shows a colourful mural that hits the Berlin Wall in an explosion of colours and cement fragments breaking up to open up a breach in which the dove of peace appears.

For more information about the coin, visit the website of the Istituto Poligrafico e Zecca dello Stato.

The Monnaie de Paris has also issued a series of coins commemorating the 30th anniversary of the Fall of the Berlin Wall.

Did you know that the historic building that houses the Italian Mint is being transformed into a multifunctional cultural center?

March, 26. 2020
Pizza, Marcus Aurelius and Raphael: these and other motifs appear on Italy’s commemorative coins 2020. Here is an overview of the coins and their release dates.
error: