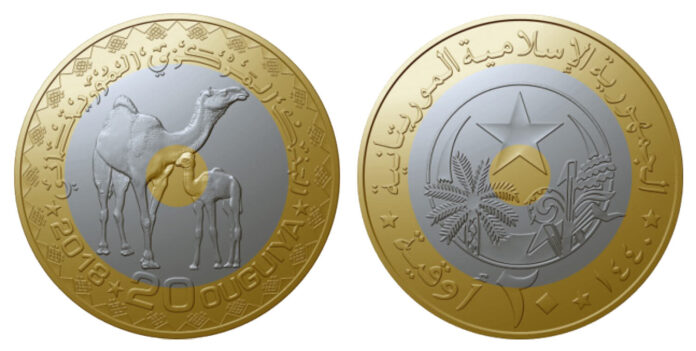 During the Coin Conference in Rome the winners of the IACA Excellence in Currency 2019 Coin Awards were announced. The Currency Awards program was designed to promote and recognize the excellence in the industry. Sponsored by Currency News and run by IACA, the International Association of Currency Affairs, the awards are open to any organization or individual supplying products, systems or services and anyone can make a nomination for a category. The 2019 awards were given to coins and products from the years 2017-2019.

The token is made from 3 metallic pieces comprising one metal ring and 2 inserts each of which is approximately half the thickness of the outer ring. This novel geometry results in a coin with 2 different metals on each side and allows for an increased level of security at a cost-effective price.

3. The Singapore Mint: Promotion of Coin Recirculation via Integrated Coin Processing and Management

The promotion of coin recirculation in Singapore via the introduction of coin deposit machines to the public and banks, on a 24/7 self-service basis. Recycling of coins is the process whereby coins are returned to the banks, sorted and repacked before being issued to the banks again for re-circulation.

The Armistice Day Coin launched with an innovative campaign which invited people to ‘SPEND IT. KEEP IT. REMEMBER.’ The campaign also had a strong educational component.

The Coin-Ed Program utilized multiple communication channels to disseminate information aimed at increasing awareness and promoting engagement in the recirculation and proper use of the new Philippine coins.

The website for kids offers a variety of educational games that may be played by children or incorporated in lesson plans by educators.

The Armistice Day Coin is the second in a two-coin series produced by the Reserve Bank to mark the centenary of World War 1. The Armistice Day Coin’s standout feature is the use of colour. After striking, a computer controlled high-speed colour pad printer added the ink which was cured by passing the coins through a furnace.

New features include multi-layer sand blasting and mirror field treatment; information security technology by recognizing the micro-text, latent image and laser dot matrix together; an opening window to show the edge of the coin and a burnishing process optimized to solve the most typical surface defect, such as the fog-like defect on the core-ring jointing area.

The commemorative R5 coin was used as an opportunity to Invest in new development and manufacturing technology which enabled SARB to explore new features such as a latent image which is visible on the reverse of the coin, whereby “1918” changes to “2018” when the coin is tilted.

The large denomination 20 Ouguiya coin is the world’s only circulating tricolour coin. The coin consists of a central pill in solid alloy, an inner ring in stainless steel and an outer ring in solid alloy. It features the Mauritania arms and two camels.

The NGC Coins feature enhanced design aesthetics and security of the coins. In particular, micro-printed details using laser-engraving technology were included in the two highest denominated coins. The coins, which appear as “metallic silver”, are made from durable nickel-plated steel.

For further information on the award program, go to the IACA Currency Awards site.

You can learn more about IACA on the Curreny Affairs website.

You may wish to subscribe there to the monthly newsletter Currency News.

February, 27. 2020
In January 2020, some 180 friends of the American Numismatic Society gathered to honor Richard M. Beleson with the Trustees’ Award at the Annual Gala Dinner, held at the Harvard Club in New York City.
error: