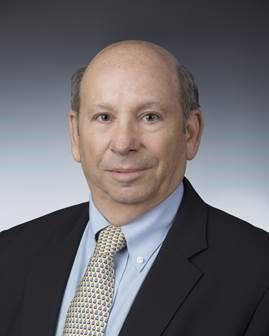 After nearly two decades, Currency Auctions Director Allen Mincho retired on May 5, 2020 from Heritage Auctions, when he will assume the title of Director Emeritus.

This year marks Mincho’s 40th year as a full-time dealer. His accomplishments in trade and research make his career essentially unparalleled in the currency hobby.

After graduating from New York University Law School in 1971 and serving as a New York City prosecutor, Mincho became a full-time currency dealer in 1980. He first specialized in National Bank Notes and Large Size Type notes. He has personally handled the lion’s share of the rarities that have come to market in the last four decades.

In 1990, Mincho co-founded Currency Auctions of America, which quickly became America’s top currency auction firm. In 2001, CAA joined Heritage, bringing their specialty knowledge and world-class currency auctions to an internet platform solidifying their position as the top firm in currency. For the last decade, Heritage’s offering of currency, under the guidance and leadership of Mincho and Len Glazer, has consistently presented as much rare currency as its next three biggest competitors combined. There are few United States banknote rarities that Mincho did not personally handle over his impressive career.

Commercial endeavors aside, Mincho has contributed a wealth of his personal time and expertise to the hobby and profession. He was one of the founding members of the Professional Currency Dealers Association, a noted non-profit organization that helps promote the profession with education as its core outreach. He is a noted contributor to many periodicals and publications, too numerous to list. Behind the scenes, Allen has been sought as one of the leading experts in ongoing research projects, and has been tapped to speak for organizations covering a wide-ranging currency topics.

June, 18. 2020
As the Long Beach Expo was cancelled, Heritage moved their expo auction to their website. And it was a success nevertheless: the U.S. Coins portion of the auctions brought a combined $11,051,014. Top lots were a pair of rare Indian Eagles sold for high six-figure sums each.
error: