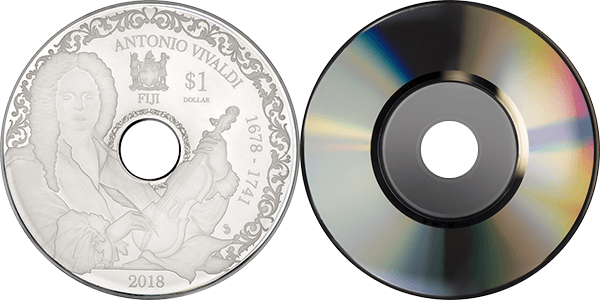 “Coin Constellation” is the only international coin contest held in Russia. It’s organizer is the Water Mark Publishing House. The contest is attended by leading mints of the world, national and commercial banks, coin distribution companies. In 2019 in the contest took part by more than 220 coins, which were issued in circulation from January 1 to December 31, 2018. Applications were received from 33 participants representing 22 countries.

The winning coins were determined by absentee voting by members of the International Expert Jury on the basis of coins images and descriptions submitted by the contestants. The jury consists of experts from world famous museums and auction houses, representatives of numismatic associations and specialized publications about coins from different countries.

In 2019, the participants of “Coin Constellation” were:

The jury determined the winners of the “Coin Constellation-2019”, as well as the coins that took second and third places in nine main categories:

This year the competition between the contestants was so high that in some cases two coins shared one prize.

The tenth nomination – “People’s Choice Award” – was determined by the voting on the portal www.Gold10.ru.

Everyone could participate in the Internet voting – until November 15, 2019. Also, all visitors of the website who voted for the coins they liked also took part in a special lottery. The winner of it (Yevgeny Pechin) was given a subscription to the magazine “Gold Chervonets” in 2020. Prizes from the magazine “Gold Chervonets” were raffled among the website visitors who gave the largest number of comments. They will be received by Alexei Antipov and Sergey Serezhenkov.

Besides within the framework of the award, a Special Prize from the Organizing Committee of “Coin Constellation” and the award “For the Contribution to the Development of Commemorative Coins Market are given annually.

The Winners and Diploma Winners of “Coin Constellation-2019” Contest

The winner is “Honey coin”, presented by the Bank of Latvia and made at the Lithuanian Mint.

The third place in this nomination was taken by the silver coin “Queen’s Sovereign Orb”, presented and minted by the Swiss company Helvetic MINT AG.

The second place was taken by the coin “Stemless carline thistle”, presented by the Federal Mint of Switzerland “Swissmint” (minted at the same place from aluminum bronze and copper-nickel alloy).

The jury awarded the third place to the “Mona Lisa” coin, which was presented by the Italian company Power Coin. The Great Micromosaic Mosaic series coin is produced by B.H. Mayer (Germany).

The coin “Rape of Proserpina”, submitted to the competition by Power Coin (Italy) and minted by the German manufacturer B.H. Mayer, took the first place in this category.

The second place was given to the coin “Antonio Vivaldi” , presented by ART MINT (France). The silver coin was minted by the Lithuanian Mint and the company ART MINT.

The third place went to two coins. One of them – “Tintoretto (Jacopo Robusti) creations” – was presented to the competition by the Central Bank of the Russian Federation and minted at the St. Petersburg Mint – branch of Goznak. The second coin – “Velociraptor” is represented by CIT Coin Invest AG from Liechtenstein and minted by B.H. Mayer (Germany).

The second place was taken by two coins. One of them is called the “Year of Families”. It was introduced by the Central Bank of Hungary and the Hungarian Mint. Another coin – “Armistice” – from Monnaie de Paris.

On the first place is “Curonian Kings” coin, presented by the Bank of Latvia. It is minted at the Lithuanian Mint.

On the second place is the coin “Centenary of the All-Russian Church Council of 1917–1918 and the Restoration of the Patriarchate in the Russian Orthodox Church”, presented by The Central Bank of the Russian Federation and minted at the St. Petersburg Mint – branch of Goznak.

The third prize was awarded to the coin “Henry Valois – Treasures of King Stanislaw August” nominated for the contest by the National Bank of Poland. It was made by the Mint of Poland.

The majority of members of the international jury agreed that the first place in this category should be given to the two coins.

One of them is the coin “Year of the Pig”, presented by the National Bank of the Republic of Belarus. It is made at the Mint of Poland and enriched the popular Chinese Calendar series. The second coin, which won the first place in this nomination is “Antonio Vivaldi” coin. It was introduced by ART MINT (France).

On the second place in the nomination “Souvenir coin” is the silver coin “Mickey at the feet of the Iron Lady”, which was presented by Monnaie de Paris.

The silver coin “Egyptian Queen of Nefertiti”, which was presented by the Mint of Poland, took the third place.

Silver Coin of the Year

The best silver coin of the year was the coin “The Bicentenary of the Foundation of the Forwarding Agency of the State Paperstock”, presented by the St. Petersburg Mint – branch of Goznak.

On the second place were two coins. The first of them is the “Aztec Calendar”, presented by NumisCollect (Netherlands). The second coin, its name is “Coats of Arms Coin”, was introduced by the Bank of Latvia. It is made at the Lithuanian Mint.

The third place was won by silver coin “Maternity in Art” from the Mint of Poland.

Gold Coin of the Year

The first place was won by the coin “Gold forint of King Albert (ruled 1437-1439)”. It was introduced by the Central Bank of Hungary and the Hungarian Mint.

The second place the jury awarded to the two coins. One of them – “1812 A New Map of the World” which is represented by the Royal Mint of Australia. The second coin is “Qianlong ‘Wanshou Lianyan’ Vase” from the Mint of Poland.

The third place took the coin “Gold Brooches. The Bubble Fibula”, submitted by the Bank of Latvia. The coin is made at the Austrian Mint.

Coin of the Year

In this nomination the international jury awarded the first place to “Excellence Boucheron” gold coin represented by Monnaie de Paris.

The second place went to the coin “100th Anniversary of the Restoration of Lithuania’s Independence” presented and minted at the Lithuanian Mint.

On the third place is the silver coin “2800th Anniversary of Yerevan foundation”. It was introduced by the Central Bank of Armenia and minted at the Lithuanian Mint.

The people’s prize received the coin “The world through children’s eyes. 2018” submitted to the contest by the National Bank of the Republic of Belarus. The coin in denomination of 20 rubles was made at the Kazakhstan Mint from silver of the 925th test.

Special Prize of the Organizing Committee

The winner of this prize with the wording “For Identity and Commitment to the Style” is the Portuguese Mint “Imprensa Nacional Casa da Moeda”.

This year the prize “For Contribution into the development of the commemorative coins market” was awarded to Anton Shchablykin.

You can find more information on all the winning coins on the site of the Coin Constellation Contest.