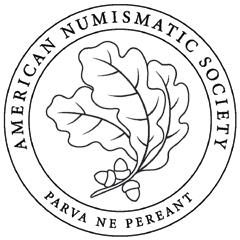 The American Numismatic Society (ANS) announced that on Thursday, January 16, 2020, it will honor its former Trustee Richard M. Beleson with the Trustees’ Award at the Annual Gala Dinner at the Harvard Club in New York City.

Richard Beleson, of San Francisco, California, holds an M.B.A. in Finance and Accounting from the Graduate School of Management, University of California, Los Angeles, and a B.S. in Biological Sciences from Stanford University. Beleson, one of the first analysts to cover biotechnology stocks, worked for twenty-five years at the Capital Group Companies.

He has been a steadfast supporter of the ANS for many years, ever since joining the Society in 1995, and served on the Board of Trustees from 2010 to 2016. He is also a generous donor to the Society’s Campaign to Endow the Chair of the Executive Director.

Although born in New York City, Mr. Beleson spent much of his youth abroad, as his family travelled to sites in England, Italy, Greece, Turkey, Israel, and Egypt. He attended a British primary school, and it was there that his interest in ancient history and archaeology was first stimulated. That, in turn, quickly led to a lifelong fascination with ancient coins. He can easily date the beginning of his collection: he bought his first ancient coin in the Grand Bazaar in Istanbul in 1964, when he was ten years old. Just a year later, he also developed an interest in shipwreck coins, after reading about Kip Wagner and the Real Eight Company in the January 1965 issue of National Geographic.

Eventually, as an adult, Mr. Beleson would become part of a treasure salvage group in Florida, and on July 31, 2015 – exactly 300 years to the day after the hurricane that sunk the 1715 Plate Fleet – he was on board Brent Brisben’s salvage vessel the Capitana when it found 350 gold coins, including 9 gold royals, off Vero Beach. It was one of the greatest sunken treasure finds ever recorded.

“I can think of few people who are as committed to our field as Rick,” says ANS Executive Director, Dr. Ute Wartenberg. “I greatly admire his dedication to supporting scholars and projects, but also his local coin club. He is a collector who gives back to the community all the time. I am so very happy that the ANS will honor him at our Gala.”

In acknowledgment of his exemplary commitment to numismatics and his great generosity to the ANS, the Board of Trustees of the American Numismatic Society is delighted to bestow upon Mr. Beleson the Society’s singular honor for 2020.

Every year the American Numismatic Society raises critical revenue through Gala ticket sales, program advertisements, sponsorships, contributions, and the proceeds from a live auction. These funds are used to further the Society’s mission of supporting research and education in numismatics.

Here you can find some impressions of last year’s Gala dinner.

New Assistant Curator at the ANS

7. November 2019
The American Numismatic Society has hired Dr. Jesse Kraft as Assistant Curator of the Coins and Currency of the Americas.
error: