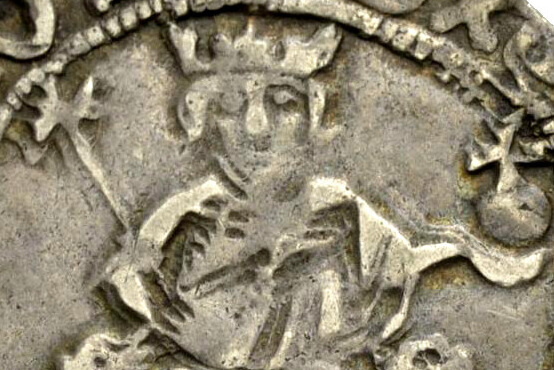 In the 14th Century Francesco I Gattilusio was a citizen of the Republic of Genova in Italy. He came  from a patrician family. The port of Genova had become rich through trade with the eastern Mediterranean where the Silk Road ended and the caravans from the Orient arrived. During the Crusades Genova had supplied the crusading armies with transport ships, food, weapons etc., and Genoese traders had several trading posts in the east. Francesco Gattilusio therefore started his career in the Levant. He worked as a mercenary and pirate.

When the Byzantine emperor John V Palaiologos needed help against the usurper John VI Kantakuzenos Francesco Gattilusio offered him his support. After the victory Francesco Gattilusio was made Lord of the Aegean island Lesbos as a vassal of the Byzantine emperor. In 1355 he arrived in Mytilene, the capital of the island. In 1357 he married a Byzantine princess, the emperor’s sister, and he undertook several campaigns and journeys together with the emperor. A large part of his income still came from piracy. In 1384 he died in an earthquake on Lesbos.

The first gold coin came to light more than a century after Schlumberger wrote his book. E. Oberländer-Târnoveanu published a ducat from the Dudaçu Schelei (Romania) hoard in Revue numismatique, 6e série, Tome 160, 2004, p. 223-240, which has the legends FRANCISCUS – DNS – METELINI and, in Greek, “O Christ, save the Emperor John Palaiologos”.

But there is a silver coin, too. The gigliato which is described here has a cross fleury with small coats of arms of the Gattilusii at the ends of the cross bars. The Latin legend is, +FRANC: GAT: DOMINUS METELINI:  On the reverse there is an enthroned ruler with cross sceptre and orb and the Greek legend, :  +Iω Xω Tω Θω AγT(ligated) BSΛεΟ ΠΑΛΟΛΟΓΟS (= John by Christ and God Autokrator and King Palaiologos).

Until now only one specimen of this coin type was known which had been auctioned by B. Peus Nachf., Frankfurt am Main, in Auction 328, 2.-4. May 1990, lot 1255. The Peus coin is from different dies, and the Greek legend was interpreted as a corrupted CONRADV REX ROMANORUM. G. Giacosa published the Peus coin in Quaderni Ticinese, Vol. 19, 1990, p. 337-344, described the Greek legend, however, as “una serie di caratteri latini deformati e privi di ogni senso”.

E. Oberländer-Târnoveanu mentions the gigliato which had been auctioned by Peus as “un gillat bilingue récement publié et mentionnant le nom et le titre de Jean V” in his publication of the ducat in 2004. This refers to the article by G. Giacosa and to an article by S. Kophopoulos and A. Mazarakis in “I Gattilusio: Revisioni generalogiche e numismatiche”, ed. A. Mazarakis, Athens 1996, in Greek language.

The rarity of the silver and gold issues would indicate that they were issued not so much as currency for trading purposes but more for the purpose of representation. Francesco Gattilusio shows not only his position as Lord of Lesbos but, at the same time, his good connections to the Byzantine emperor. The small coats of arms at the ends of the cross bars follow the example of the gigliati of the Hospitallers of Rhodes who put their coats of arms on their coins in the same way.

The gigliato which has been described here, the second of its type, was bought from the store of Spink Zürich in April 1987 as an unattributed Levantine gigliato. It will be offered in Auction 47 of Münzen & Medaillen GmbH on May 23rd, 2019, the collection of Erich Wäckerlin of coins of the Crusader States and their successors.

You can find a comprehensive preview of Auction 47 of Münzen & Medaillen GmbH on CoinsWeekly.

October, 31. 2019
The newly acquired lead seals of the Dumbarton Oaks Byzantine seal collection contain unexpected imageries and many belonged to people that had been left out of standard histories of the period. This is why the collection is essential to research of the period.
error: