June 21, 2018– I scheduled two days for my tour through the numismatic sights of Warsaw when I visited this beautiful city during the Coins Conference 2017. I figured, two days should be enough to get a first impression. I was very wrong! It was too little time for all the numismatic attractions, even though distances in Warsaw are not as large as I feared.

In the heart of the old town: the Polish Numismatic Society

Not only did I want to meet the representatives of the museums and the University in Warsaw, but also the collectors who traditionally play an especially important role in Poland. That is why I made an appointment with the Polish Numismatic Society. We had arranged a meeting in the late afternoon and I have to admit that my feet were already pretty hurting at that point. So I decided to rest a little bit in one of the pretty cafés around the town square and get a taxi half an hour before the meeting to take me there and spare my feet.
How surprised was I when I looked at the map and realized which part of the city the taxi would take me to. I was sitting not even 100 meters away from the main office of the Polish Numismatic Society! It is right in the center and an absolute must for every numismatic enthusiast visiting Poland! Not just because of such friendly people there. The Society publishes a series of interesting publications, that can be bought right there. So make sure you take a detour to Jezuicka-street 6/8. Mrs. Solarewicz will be happy about your visit. And she speaks perfect English! 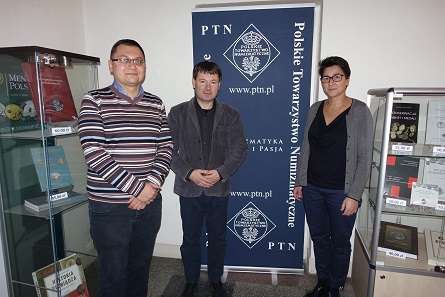 From left to right, the representatives of the Polish Numismatic Society: Szymon Bereska, board member, Przemyslaw Ziemba, president, and Barbara Solarewicz, CEO. – Although it seems like a difficult task to get Polish people to smile for a photo, I was overwhelmed by the friendly welcome. Photo: UK.

I was welcomed by the CEO, Barbara Solarewicz, as well as the president of the Polish Numismatic Society, Przemyslaw Ziemba and one of the board members, Szymon Bereska. Mr. Bereska speaks perfect German and visits lots of German coin conventions, since his wife holds a Numismatic Dealership.
Please note the display of the many publications, that you can see on this photo. You can buy them on site. 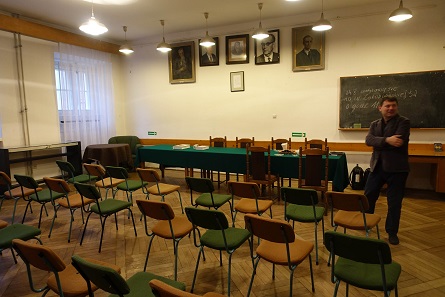 There are photos of the presidents of the Polish Numismatic Society in the auditory. Photo: UK.

All three of them can be very proud of what the Polish Numismatic Society represents today. In this form, it exists only since 1991, but the antecedent organisations can be traced back to the 19th century. 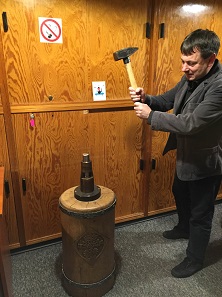 The Polish Numismatic Society mints tokens for special occasions. I was very proud that my visit was such an occasion. Photo: UK.

Today, impressive 49 associations and 19 work groups are part of this umbrella organization. In total, the Society has around 2500 members. And it is active. Not only does it hold club meetings with presentations, as well as national and international conferences, but also publishes an huge number of books and scientific articles. It is indeed programmatic that Przemyslaw Ziemba, president of the Polish Numismatic Society, is a member of the organizing committee of the International Numismatic Conference. He hopes, through his influence, to be able to launch more events in the program that are interesting for collectors and encourage more collectors to participate in the conference than normally in that way. We keep our fingers crossed for him in this endeavor! It would be really important that the entire numismatic community were present in this major event. 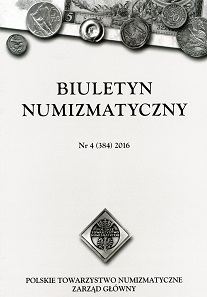 The quarterly bulletin of the Polish Numismatic Society.

The publications of the Polish Numismatic Society

The Polish Numismatic Society is a great connector between collectors and scholars, on the sole ground of its work in publishing.
Firstly, it publishes the Numismatic Bulletin, which has come out every three months since 1965. Naturally, the main focus is on Polish numismatics. For all who want to have the latest detailed catalogues on the topic, the Biuletyn Numizmatyczny is an absolute must.
One can observe how Poland is opening up regarding language use, since even this magazine, that is written by collectors for collectors, has all titles in the table of contents translated into English. 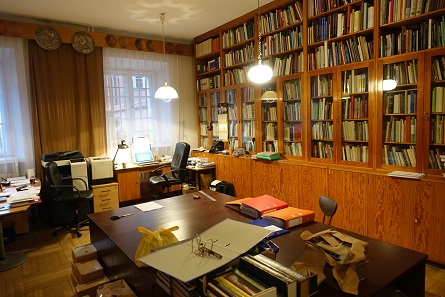 The library of the Polish Numismatic Society. Photo: UK.

Additionally, important monographs about Polish numismatics are being published frequently. Books are still valued here, instead of being seen as a burden. Therefore, the Society is especially proud of its library: It contains over 4,000 books, which makes it one of the largest numismatic libraries in Poland. 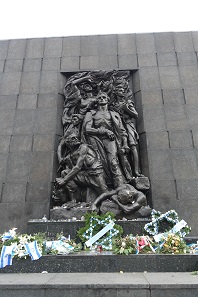 The monument for the dead of the Warsaw Ghetto. In Germany, it is mostly known because of the Warschauer Kniefall by Willy Brandt. This spontaneous gesture of humility and penance towards the unimaginable became a symbol of the new German eastern policy. Photo: UK.

I had two days for my trip to Warsaw’s numismatic sights. It was way too little to see everything. But I had one museum as a definitive must on my list. Although the main focus is not on numismatics in this case, I would still like to present it here, since the topic is important and the museum won several prices for its form of presentation. 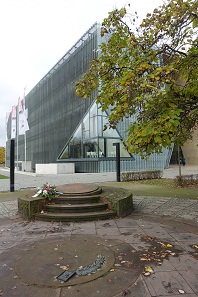 The POLIN Museum of the History of Polish Jews. Photo: UK.

POLIN – The Museum of the History of Polish Jews

It is a museum of the history of Polish Jews, short POLIN, which is a hypermodern building located opposite of the monument for the dead of the Warsaw Ghetto. By the way, Germany provided 5 million EUR, a part of the money invested in this building and exhibition. 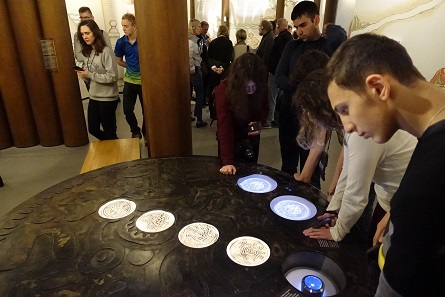 A digital display that allows you to design your own coin with Hebrew letters. Photo: UK.

The main focus of the museum surely is not on the originals. It is a typical example of the modern presentation of the history today and various ways to delve interactively into the exhibition.
For instance, here you can …

A coin with the Hebrew version of “minting authority Ursula Kampmann”. Photo: UK.

… digitally make your own coin – with its own effigy, Hebrew name etc.
As this coin clearly indicates to a numismatist, the historic tour starts in the Middle Ages. 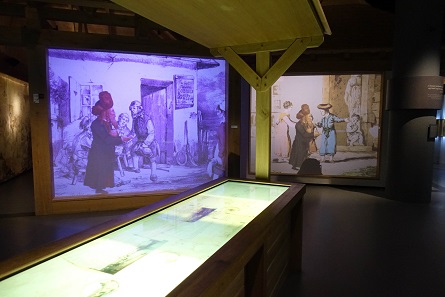 Some of the halls of the museum remind of a life-size picture book in which the history comes alive. Photo: UK.

In a detailed way, it describes the era of religious tolerance in Poland, without ignoring the alliance between the nobility and the Jews, that connected them economically in a way that the mistakes of the noble society rubbed off on their Jewish helpers. 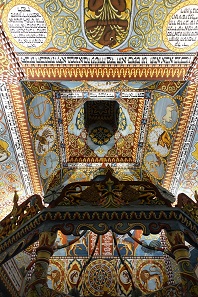 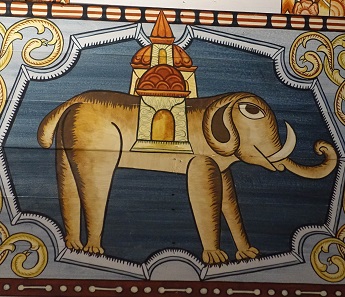 Detail from the painted vaults from 1652: elephant. Photo: UK. 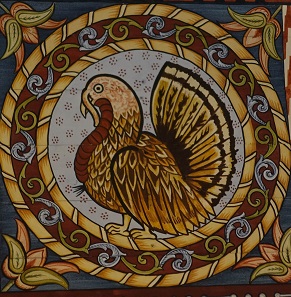 Detail from the painted vaults from 1652: turkey. Photo: UK.

Already before the 19th century, there have been very wealthy Jewish communities. Their lives are being displayed. The highlight of this part of the exhibition is the reconstruction of a richly painted synagogue, that was heavily damaged during Russian pogroms in the First World War and burned by German occupiers in 1941. 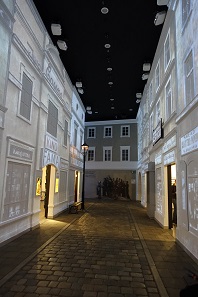 An alley in a Polish Shtetl. Photo: UK.

Persecution of the Jews under Russians, Germans and communists

It is depressing to observe from room to room how normality turns into rejection and how antisemitism steadily grows each decade. The exhibition does not present the history sensationally but rather puts one information after another and lets the sources speak for themselves.
For me, it was especially horrifying, that the Jews in Poland were not only persecuted by the Germans during the Nazi regime, but also by the Russians during the First World War and by the communists after the Second World War. 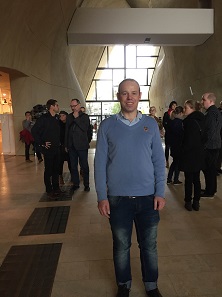 Robert Janiszewski, my guide in the POLIN Museum. Photo: UK.

I was very lucky to have a trained companion. Mr. Janiszewski is normally numismatist, but gave guided tours through the POLIN Museum for groups of tourists during his studies. Already before my trip he had offered me to give me a tour through the museum. A onetime experience! We spent over four hours in the exhibition.
Robert Janiszewski said, it was his personal record;-) 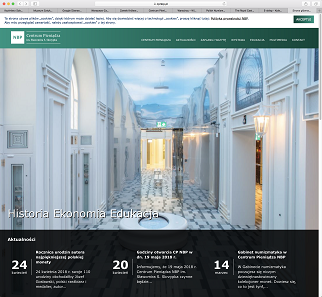 The exhibition of the Polish National Bank, a multimedia center for education regarding money. A screenshot of the museum’s website.

A small outlook: The Polish National Bank and the Mint of Poland

With that, we have not merely seen everything what Warsaw has to offer in the field of numismatics. There is – located pretty much in the middle between the Royal Palace and the National Museum – the hypermodern exhibition of the Polish National Bank about the monetary history, which I had no time to see anymore. 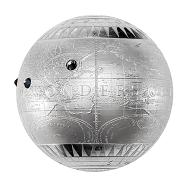 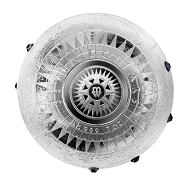 Another attraction, which sadly cannot be visited that easily, is the Mint of Poland. It is one of the few mints in the world that is completely privatized. Maybe that is why this mint is considered a center of innovation where new methods are constantly being perfected.
By the way, there is a store of the Mint of Poland where you can buy their commemorative coins.

That would be a first impression of what Warsaw has to offer in the field of numismatics. And we did not even take a look at the cities around Warsaw, where there is also a lot to see in this regard. Of course, there is Kraków with the Emeryk Hutten-Czapski Museum. And so much more …

I have fallen in love with Poland. It is a wonderful country for travel. I hope that many coin enthusiasts will use the opportunity to get to know this amazing country during the International Numismatic Conference in 2021 and return many times.

Here you can find the first part of the numismatic travelguide of Warsaw.

Here you can find the second part of the numismatic travelguide of Warsaw.

Here you can read more about the International Numismatic Conference 2021.

If you want to read more about the Polish Numismatic Society, there is a summary in English.

Already now, the Society is providing information about the International Conference in order to encourage more collectors to participate.

By the way, the Polish Numismatic Society also performs auctions.

There is a virtual tour. You can choose between four minute-long films.

POLIN is not only a museum but also a documentation center in which people from all over the world can find their way back to their roots.

For enthusiasts of the Polish language there is a detailed website about the Museum of Economic History of the Polish National Bank.

And those who cannot speak Polish very well and prefer to read in English, can learn a lot about the planning of the exhibition in this brochure.

Of course, the Mint of Poland has an own website.

There you can not only read about the history of the company, …

… but also find a webshop with the products of the mint.

I think this website, where the Mint of Poland recruits investors, is unique.