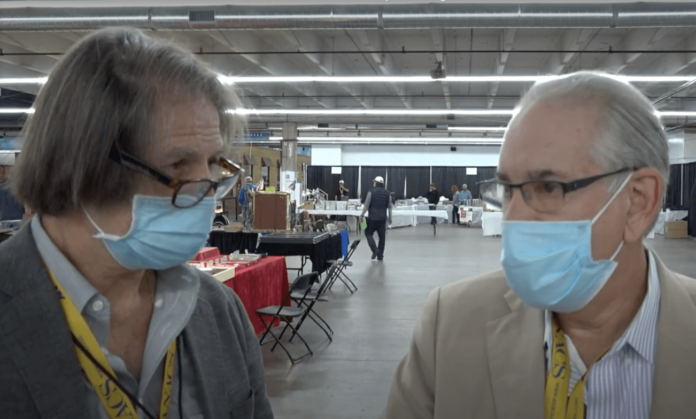 David Lisot braves the Corona Virus at the Denver Coin Expo 2020 to bring you news about one of the first major regional coin conventions. David talks to Neal Hatgi, promoter of the show to find out all the precautions taken to ensure a safe coin collecting experience. He talks to dealers and collectors including Don Kagin and Jeff Wuller. He shares with Glenna Brewer about the passing of her youngest son, Adam Brewer, and his life of collecting. Plus he shows you lots of coins and tips how to have a successful convention.

More videos from David Lisot can be found on CoinTelevision and on his YouTube-channel.

Which Coin Shows Can Collectors Visit in the Autumn of 2021?

September, 9. 2021
Many collectors eagerly await the moment in which they will finally be able to meet friends and colleagues at a coin fair again. And coin show organisers feel the same. But how safe is this in the Covid autumn 2021? We asked around.
error: