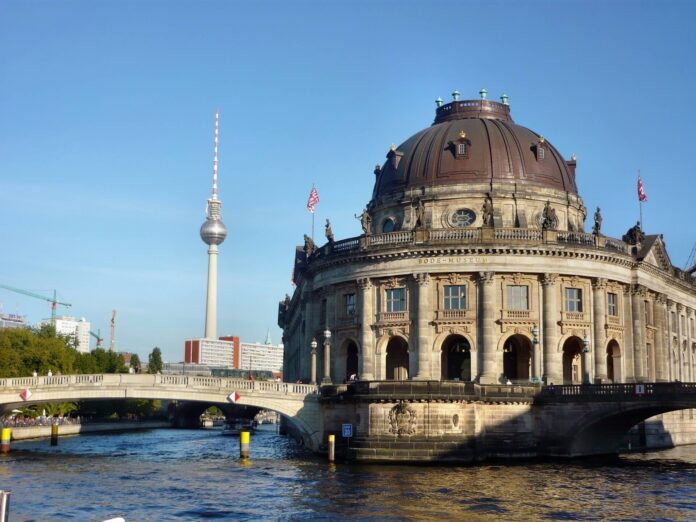 You have probably heard of it: Almost three years after the spectacular theft of the 100-kilogram gold coin “Big Maple Leaf” from the Berlin Bode Museum, the verdict has now been delivered. Three of the four accused were sentenced to prison terms: the two thieves from an extended family suspected of gang crime were sentenced to four years and six months; their accomplice, the security guard, to three years and four months. The fourth defendant, who also belongs to the Arab family clan, was acquitted. None of the defendants were older than 20 years at the time of the crime, so the court ruled according to the much milder juvenile criminal law.

Even top lawyers cannot outweigh the burden of proof

The thieves were convicted on the basis of circumstantial evidence. This prolonged the trial because the family of the accused could afford very good lawyers. But in the end, the evidence was too overwhelming to be dismissed. As was reported in the FAZ, gold shavings that could be clearly assigned to the coin because of their purity were found in one of the defendants’ apartment and on his clothing. A note was also found with information on the current price of gold. A glove with a splinter of glass from the museum’s showcase was found with the second defendant. Furthermore, his DNA was found on a rope that the perpetrators had left behind. DNA traces of the security guard were discovered on the only non-alarm secured window that he had left open for his accomplices.

Could it be – that it pays to commit crime?

The coin itself remains missing. It was assumed that it was delivered to the perpetrators’ clan, where it was sawed up, melted down and resold or hidden. But this could not be verified. It seems highly likely, however, that the young thieves got their hands dirty for others. Anyhow, the efforts of the police in the struggle against Arab clan criminality have since received greater support from politicians.

In order to prevent the perpetrators from swimming in money after their short stay in prison thanks to the loot, an additional court order was issued to confiscate a sum of 3.3 million Euros from the two main defendants, which roughly corresponds to the gold value of the coin at the time of the crime. 100,000 Euros will be confiscated from the former security guard. It is assumed that that was his share, as he sought information about investment opportunities for this sum after the crime.

One might wonder whether the young men’s short prison sentences do justice to the crime. Let us compare the sentences with similar cases in recent years. The sad realisation: as a thief today you won’t face much more than these few years in prison anywhere in Europe. The young men who stole the heart of Anne of Brittany in 2018, along with numerous gold coins, were sentenced to up to 4 years in prison. The case in Sweden, in which the burial hoard of King Charles IX was plundered, resulted in a prison sentence of four and a half years. The curator, who had probably stolen thousands of coins from the Royal Coin Cabinet in Stockholm, was also only sentenced to three years in prison, and the buyer of these stolen items got away without a prison sentence.

In one detail, the Berlin case differs fundamentally from the other thefts: While in these cases the stolen goods mostly reappeared, the gold coin “Big Maple Leaf” remains missing. And since it belonged to a private owner and had been on permanent loan to the Bode Museum since 2010, it was also insured – which many objects in state museums are not. Now the owner has also gone to court.

He has little to gain from a few young men sitting behind bars for a few years. He would like to see the value of his coin replaced. But according to media reports, the insurance company Allianz has only paid out 800,000 Euros so far. Now the owner is suing Allianz in a civil lawsuit for payment of the full insurance sum of 4.2 million Euros.

However, the insurance company argues that there are serious security shortcomings in the Bode Museum. It sees the Prussian Cultural Heritage Foundation as an accessory to the theft. The foundation has therefore joined the owner as co-plaintiff. The court is now investigating whether and to what extent the foundation is guilty or complicit in the theft. The new trial is thus a process in which it will be investigated the extent to which a museum is responsible for keeping its objects under adequate security measures. The outcome of the trial will determine whether the foundation, and thus the federal and state governments, will have to cover the majority of the sum insured.

B.Z. quotes the owner’s attorney: “We are caught between two stools here. My client doesn’t care if the insurance company or the museum covers the damage.” As you can see, the case remains interesting. A verdict will be reached on March 17th at the earliest.

In the USA, the laws seem to be somewhat tougher: In late January, a dealer who used forgeries to defraud customers was sentenced to 10 1/2 years in prison.

It was only in the previous issue that we reported on a recent break-in at a Berlin cultural institution.