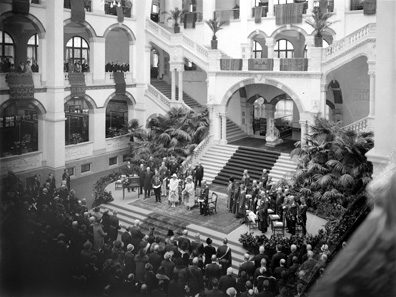 June 20, 2013 – Amsterdam’s renowned Museum of the Tropics is hit hard by budget cuts and government plans to even close it. We call everybody to help putting this case again on the government agenda by signing an online petition. This is an open letter from the museum:

We are at a crossroads where one of the great lights of non Western world heritage will be extinguished in name of budget cuts. This is not just a loss to the Netherlands but to the World and the Dutch Government should know we care! Please read below and add your name most urgently to this petition as described. Time is of the essence!

Amsterdam’s Tropenmuseum (Museum of the Tropics) is one of Europe’s leading ethnographic museums. Between its rich permanent collection, which reflects Dutch colonial history, and its vivid temporary exhibitions, visitors can glimpse the past, present and future of non-Western cultures around the globe. A visit to the Tropenmuseum is a journey through time and around the world. One gets to know widely different cultures and get an excellent impression of everyday live in the tropics. The museum accommodates eight permanent exhibitions and an ongoing series of temporary exhibitions, including both modern and traditional visual arts and photographic works. The museum’s rooms, expertly guide people through Asia, Oceania, Africa and Latin America via authentic art, household and religious objects, photographs, music, film and interactive displays. The museum is also renowned for its efforts in child-friendly exhibitions. Tropenmuseum Junior offers an educational, inspiring and entertaining programme for kids (6 to 13 year olds), aimed at introducing them to different cultures.

The museum’s Lichthal at the opening in 1926 … Photo: Tropenmuseum Amsterdam.

As the public face of the Royal Tropical Institute, a foundation that sponsors the study of tropical cultures around the world, the Tropenmuseum is a grand institution, both inside and out. The museum was established in 1864 and it’s beautiful brick building dates from 1926 and sits alongside the spacious greenery of Oosterpark. The Tropenmuseum is one of the most fascinating anthropological museums in the Netherlands, but is now in great danger.

Please help the Tropenmuseum stay alive and open – if it disappears nothing will ever be able to replace it !! 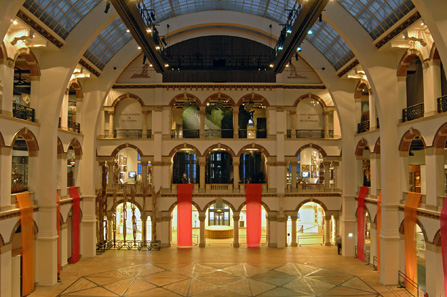 On the agenda is a Dutch government decision to give the Tropenmuseum funds to survive another two years, after which the Tropenmuseum will be have to merge with the Volkenkunde Museum in Leiden and the Africa Museum in Berg en Dal. If this does not happen the museum will be closed down !
The KIT Library and research and Tropenmuseum, Amsterdam’s ethnographic and multicultural museum, is being hit hard by budget cuts. Over half of the staff will lose their jobs and the research library, filled with one of a kind publications from around the globe dated from as early as 1400 AD, will simply shut down. We need 40,000 signatures Dutch or Worldwide, to put the Tropenmuseum back on the government agenda and to tell the government that the public is not okay with this closing down of this universal institution!

We need the signatures BEFORE 30 JUNE!

For non dutch speakers, on the site: please fill in your first name and last name (Ik = Identity = put your name), city (Wonende te = City = put your city) and your email and send.
Then click on the confirmation link in the email you will receive after from the petition site.

To get an idea of the TropenMuseum you can visit its website here.