May 19, 2016 – Recognizing the best products, the MDC Award is the prize given by mints every two years under the program of the MDC. The jury consists exclusively of the world’s leading experts, the mint directors. On the occasion of the Mint Directors Conference in Bangkok, the following coins were awarded.

For the Most Beautiful Coin … 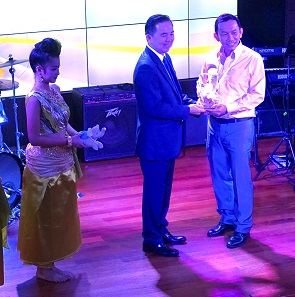 … the Singapore Mint received an Award.

The prize for the Most Technologically Innovative Gold Coin was gladly accepted by Christophe Beaux. 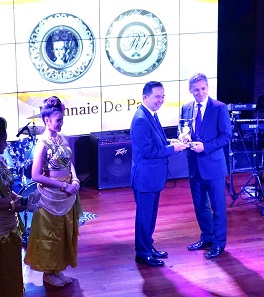 He did not have to leave the stage …

… because France also won the Award for the Most Beautiful Silver Commemorative Coin.

The Award for the Most Technologically Advanced Silver Commemorative Coin went to the Royal Canadian Mint. 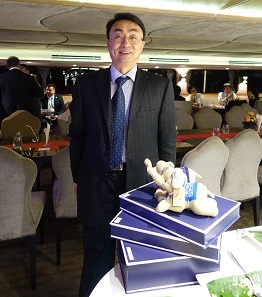 Dr Xianyao Li of the Royal Canadian Mint can be pleased by the number of Awards. Photograph: UK.

The Royal Canadian Mint returned home with several prizes at once since it was also honored with two Awards in the competition for best packaging: for the Most Creative Innovative and Unique Packaging and the Best National Set which best conveyed the identity of the issuing nation. 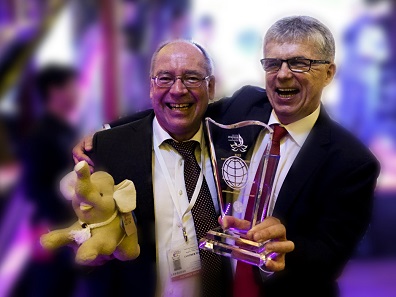 In the category Most Innovative Circulating Coin, the German mints were awarded.

For their polymer coin, they won the prize for the Most Technologically Advanced Circulating Coin. Competition had been tough: as regards circulating coins, ink becomes more and more important, and latent images are being tested as a security feature.

With its experienced team of coin designers, Austria is always a promising candidate for winning the prize for the Most Beautiful Coin. This year, it was also amongst the winners: in the category Circulating Coin …

… as well as in the category Other Coin. 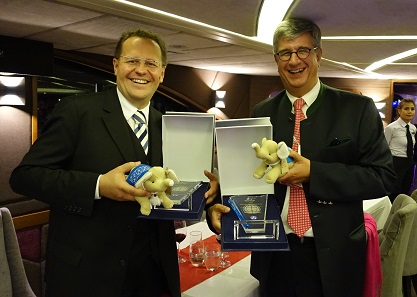 Also happy were Manfred Matzinger-Leopold, who had just been elected President of the MDC Technical Committee, and Gerhard Starsich, CEO of the Austrian Mint.

A technological masterpiece is the minting of a spherical coin, for which the Mennica Polska won the Award for the Most Technologically Advanced Coin in the category Other Coin. 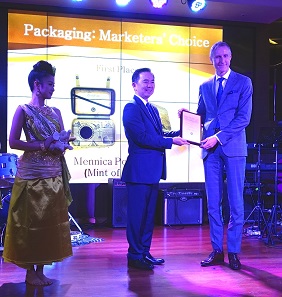 Chakkrit Parapuntakul presents the Marketers’ Choice Award to the President of the Mint of Poland, Grzegorz Zambrzycki, for the best packing. Photograph: UK.

The accompanying packaging was awarded by the members of the Marketing Committee as the Best Package. Therefore, Grzegorz Zambrzycki also stepped onto the podium twice.

CoinsWeekly congratulates all winners, but also those participants who did not receive a prize. The wealth of innovative and beautiful issues entered to competition is an impressive presentation of the achievements of the coining industry.

You may read more about the MDC in this CoinsWeekly article.