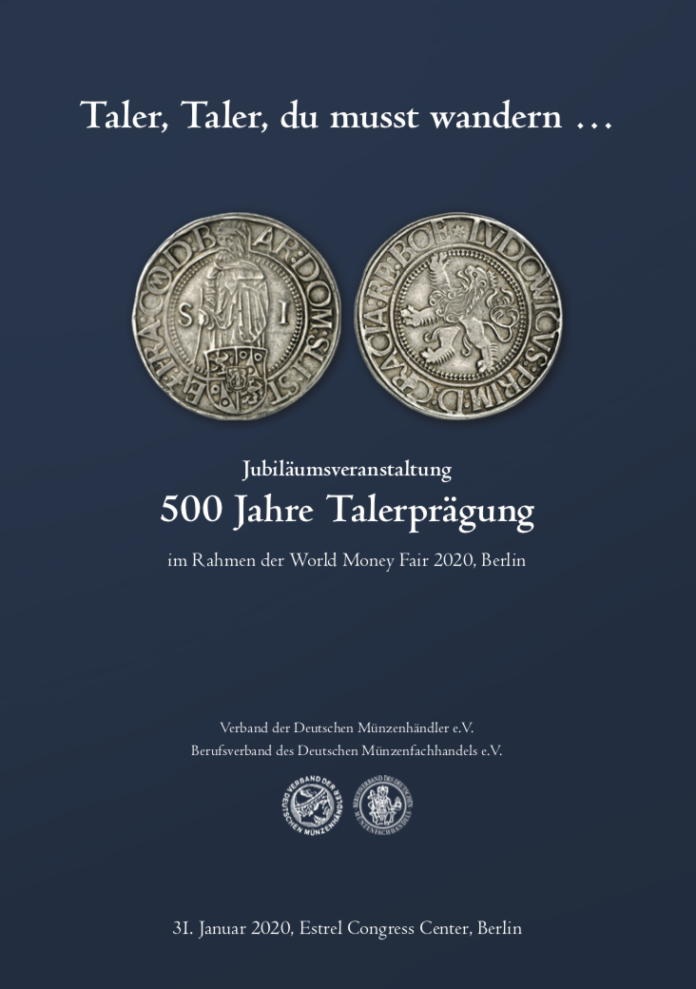 Not an everyday anniversary: 500 years ago, the guldengroschen was minted in Jáchymov for the first time ever. Because Jáchymov is called “Joachimsthal” in German, the abbreviation “thaler” (later “taler”) became the eponym of the famous silver coins, which were minted for centuries and even found their way into several German proverbs. And, of course, also the word “dollar” is derived from “taler”!

Such a jubilee obviously has to be celebrated. Therefore, on 31 January an anniversary event will take place in the context of the World Money Fair in Berlin at 11:30 a.m. in room C5. It is open to the public and organised by Germany’s two coin dealer associations Verband der Deutschen Münzenhändler e. V. and the Berufsverband des Deutschen Münzenfachhandels e. V.

We Warmly Invite You to Come to the Event!

Last year, we dedicated an entire (German) issue of MünzenMarkt to the taler. You can download it here, obviously free of charge.

Here you’ll find out what else you can expect at this year’s World Money Fair.

September, 5. 2019
The Chicago suburb of Rosemont again proved to be a popular site for the World’s Fair of Money, with many hobbyists lauding the show...
error: