August 9, 2018 – Two new coins by The Perth Mint feature Parzival and Art3mis, two of the main characters in Steven Spielberg’s new movie “Ready Player One”. Parzival and Art3mis are avatars adopted by two of the movie’s main characters and strongest Oasis contestants – Wade Watts and Samantha Evelyn Cook. Struck by The Perth Mint from 1oz of 99.99% pure silver, each coin is issued as legal tender under the authority of the Government of Tuvalu.

Each coin’s obverse depicts the Ian Rank-Broadley effigy of Her Majesty Queen Elizabeth II, the monetary denomination, and the 2018 year-date. Each coin is presented in a clear acrylic case, allowing both sides of the coin to be displayed, and is packaged within a themed shipper. The coins are accompanied by a numbered Certificate of Authenticity. 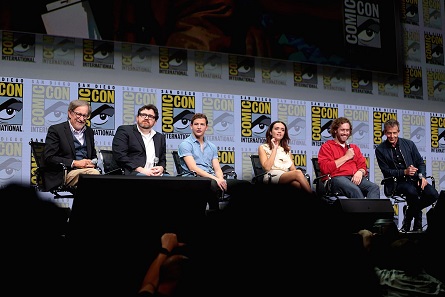 Steven Spielbergs science fiction action adventure “Ready Player One” is based on Ernest Cline’s bestseller of the same name, which has become a worldwide phenomenon. The film is set in 2045, with the world on the brink of chaos and collapse. But the people have found salvation in the Oasis, an expansive virtual reality universe created by the brilliant and eccentric James Halliday (Mark Rylance).

When Halliday dies, he leaves his immense fortune to the first person to find a digital Easter egg he has hidden somewhere in the Oasis, sparking a contest that grips the entire world. Those who decide to join the contest are hurled into a breakneck, reality-bending treasure hunt through a fantastical universe of mystery, discovery and danger.

For further information, visit The Perth Mint’s official site for the Parzival or the Art3mis 2018 1oz Silver-Proof-Coin

On Youtube you can watch the official “Ready Player One” trailer.

For further information on the book on which the film is based, visit Ernest Cline’s official site.