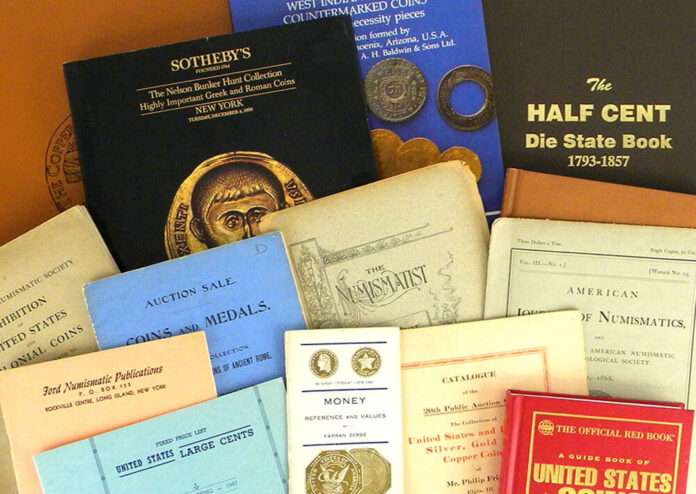 Kolbe & Fanning Numismatic Booksellers announced Part Two of their sale of the P. Scott Rubin Library, which will be held as a traditional mail-bid sale on Saturday, 10th July 2021. The 923-lot sale features material from the extraordinary library formed over the course of more than half a century by Scott Rubin, of which highlights were sold in Sale 157 last year. The present sale includes not only additional auction catalogues, but books, periodicals, and archival and ephemeral items. While most of the offerings focus on U.S. coins, it should be noted that quite a number of items pertain to ancient and world coins, and the sale includes something for everybody.

With estimates ranging from $10 to $750, the sale is being conducted as a traditional mail-bid sale. There is no printed catalogue: the PDF catalogue can be downloaded. Bids may be placed via post, email, fax or phone, but there will be no live online bidding. Bids may be placed at any time and must be received by 5:00 PM Eastern Time on Saturday, 10th July 2021. See the Terms of Sale in the PDF catalogue for details. Kolbe & Fanning Numismatic Booksellers LLC is a licensed and bonded auction firm in the State of Ohio. For more information, please see the Kolbe & Fanning website or email David Fanning.

May, 14. 2020
The 419-lot sale 156 includes a remarkable selection of books on ancient, world and U.S. numismatics, including material from the libraries of Phil Carrigan, Dan Freidus, and Doug Robins.