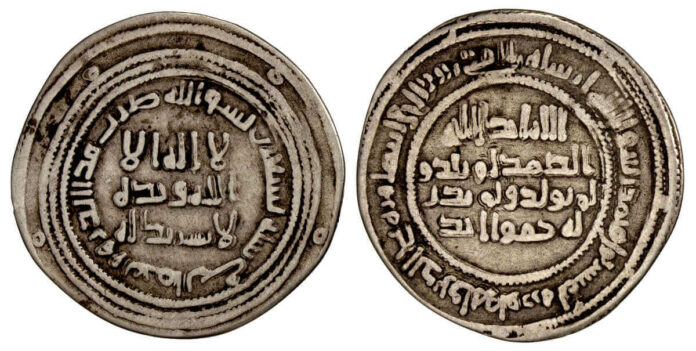 Stephen Album Rare Coins will hold its Auction 45 on January 26-29, 2023 at its new offices in Santa Rosa, California. The Auction is made up of 3,355 lots of Ancient, Islamic, Chinese, Indian, and World Coins. The combined low/high estimate is $1.5 to $2.0 million USD, with the final total expected to far exceed the high estimate amount.

Featured in the sale is the Joe Sedillot Collection of World Coins (Part IV) which includes a wide array of type coins from numerous countries. A significant number of the coins in the collection are in choice condition and were selected for encapsulation in PCGS holders. Parts I through III were offered in the firm’s auctions in 2022. Many pieces went for multiple times estimate and some items set new price records. Part IV largely consists of European coins from countries starting with A through P. Additional parts of the collection will be offered in subsequent auctions in 2023.

Two Chinese coin collections, one assembled by K.K. Lee and one by Dr. Dirk Löer, are sure to receive much attention. Both collections include rarities of pre-machine-struck Chinese coins. The Dr. Dirk Löer Collection is expansive and additional parts will be offered throughout 2023 and likely 2024 as well.

Rounding out the sale is a fantastic collection of Northeast Indian coins from the David Cashin Collection. With the offerings from that collection, as well as an array of rare and high-grade coins of British India, the Indian section in this auction is one of the finest the firm has offered in many years.

SARC COO Mike Barry commented: “We saw a significant increase in our sales figures in 2022 with each sale continuing to break records both in terms of prices and bidding activity. We expect the trend to continue as we head in to 2023. We have many interesting collections in the pipeline that should continue to attract our devoted bidders.”

View all lots in the auction catalog.

More information can be found on the Steve Album website.

October, 28. 2021
The upcoming Internet Auction 12 from Stephen Album Rare Coins features 1,250 lots of ancient, Islamic, Chinese, Indian, and general world coins, and ethnographic money and objects of payment like a Kris dagger from a number of well-known collections.
error: