October 18, 2012 – In September a 10 euro silver collector coin was struck commemorating the 250th anniversary of the birth of Anton Bernolák. The inscription on the edge is a quotation of the honoured: TU MÁTE SLOVO MOJE O RECI VASEJ (HERE IS MY WORD ON YOUR LANGUAGE).

Anton Bernolák (3 Oct. 1762 to 15 Jan. 1813) is one of the most notable figures in Slovak history and was a leading personality of Slovak national life in the late 18th and early 19th centuries. He was a Catholic priest and prominent linguist who became the first person to codify the Slovak language. In addition, he was an active promoter of Slovak national life and education. 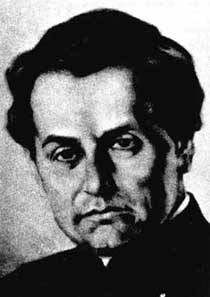 His linguistic works cover all aspects of the Slovak language, and in Dissertatio philologico-critica de literis Slavorum (Philological-critical dissertation on Slovak letters), published in 1787, he made the case for having a single codified Slovak language. In an addendum to that work, entitled Orthographia, he set out the first unified principles of Slovak orthography, and in the book Grammatica Slavica (1790) he describes the grammatical structure of Slovak. His scientific description of the Slovak language was completed with Etymologia vocum Slavicarum (1791), which focused on etymological aspects of the language.

More information on these and other coins gives the website of the Kremnica Mint.