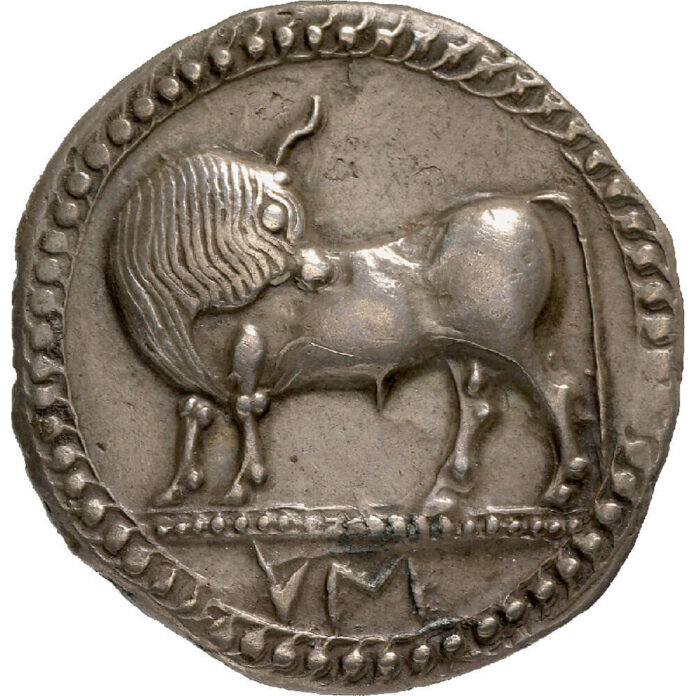 Incuse coinage was typical of the Greek colonies in southern Italy. Thus, the depiction on the obverse of coins of the city of Sybaris was always elevated, while the reverse featured the negative, deepened motif. The image is bursting with power: a mighty bull!

See more about the money of the city of Sybaris in our podcast series “Exploring the world of money”; just scroll down to our episode on Sybaris.