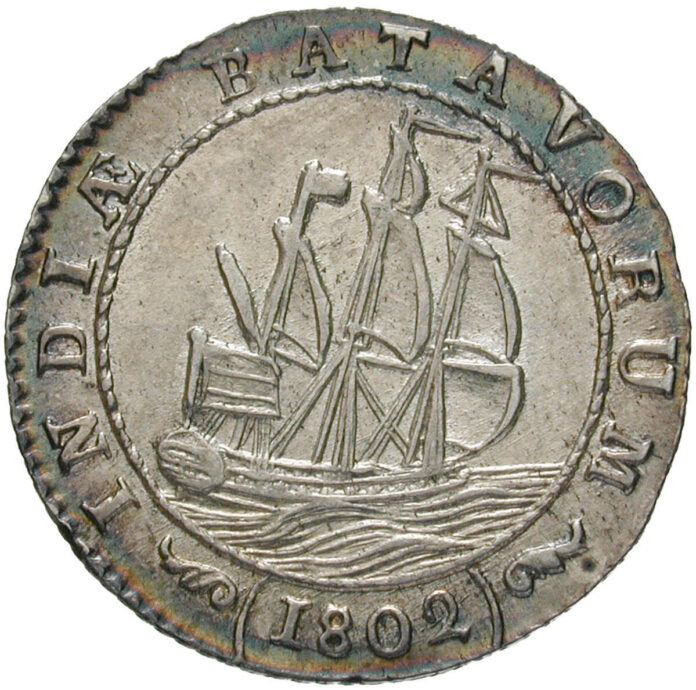 Due to the tall ship, these Dutch coins are called Scheepjesgulden (“ship guldens”). They were minted in West Friedland in 1802 for the Cape Colony. But the British had taken over the rule in South Africa, and the Dutch sent their coins to Batavia, now Jakarta, on the island of Java. There, they were finally put into circulation in 1803.