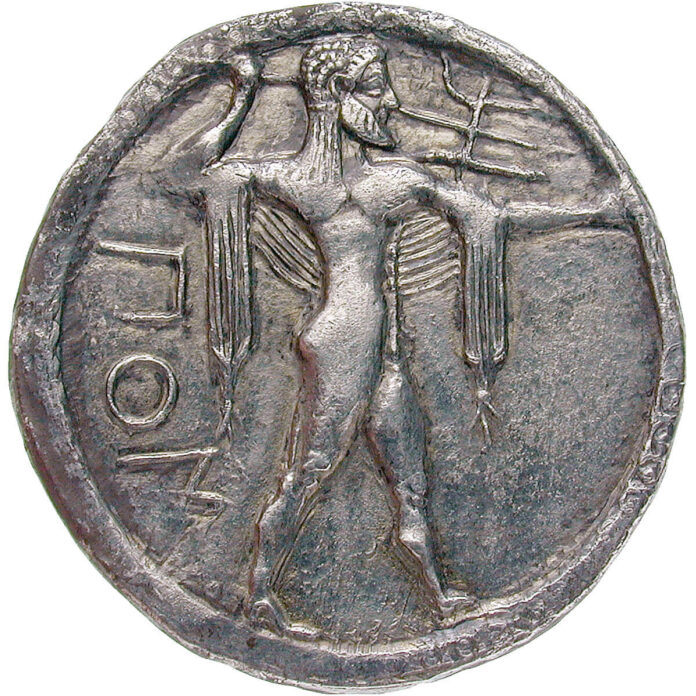 Today, we have a coin featuring a Greek god, who was believed to protect the cities of Southern Italy from earthquakes. It was a useful thing to have him on your side: after all, he caused the earthquakes himself. To see what he used to do this, take a look at the coin. This coin from Southern Italy was minted with the incuse technique typical of the region.