April 10, 2014 – On April 9, the Austrian Mint has issued a coin to celebrate the new Polar bear enclosure at Schoenbrunn Zoo, scheduled to open in May 2014. The Schoenbrunn Zoo is the world’s oldest zoo and actively involved in animal conservation, e.g. of the polar bear.

The reverse was designed and engraved by the Mint’s Chief engraver, Thomas Pesendorfer. The foreground of the design shows a mother polar bear with her cub, along with a curious walrus taking in the scene. To the right is a sailing ship of the late 19th century working its way through the ice flows of the polar cap. The icy landscape of the Arctic is seen in the background, along with a soaring Arctic bird in the clear sky. This side of the coin also includes the words “Abenteuer Arktis”, or Arctic Adventure, as well as the year of issue 2014. 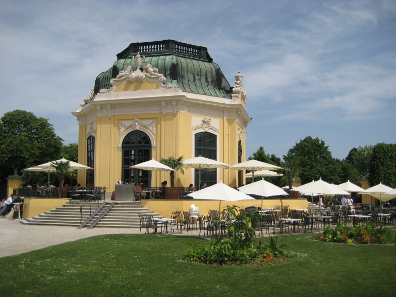 The Schoenbrunn Zoo is the world’s oldest zoo founded in 1752. The zoo is a very active institution involved in education, research and animal conservation. The famous zoo is located on the grounds of Schoenbrunn palace. The first elephant born in captivity of the world occurred at Schoenbrunn Zoo in 1906.

The Polar Bear enclosure will be part of the area in the zoo known as “Franz Joseph Land”. Under the sponsorship of the Emperor Franz Joseph in 1873 an expedition of Austria-Hungarian explorers went north to the arctic to conduct early research in the polar regions of the world. An area of the Arctic honours this voyage of discovery to this day and is known as Franz Joseph Land. It is an area of islands that belongs to Russia today. The islands located north of the polar circle are uninhabited today. In the past there have been weather stations, research bases and even during the cold war a strategic Russian base was located here.

The voyage of exploration sailed on the ship Admiral Tegettoff of the Austrian Navy and was stuck for a year on the ice flows of the area. During this year many explorations and research projects were conducted.

The polar bear, popular with the visitors at the zoo for its playful antics, is today faced with global warming which is reducing this animal’s natural habitat. Thankfully, through global conservation efforts the population of polar bears has increased to about 25,000 – a great improvement over the very small numbers of the threaten polar bear during the 1960s.

The landscape usually covered with snow and ice is a barren rocky land. Numerous channels and bays separate the islands. Many bird colonies are located on the various islands, as well as mammals indigenous to the north. In 1994, most of the area was declared a nature reserve requiring special permits to be allowed to visit the region.

You can watch a full length BBC Documentary on polar bears on YouTube.