December 22, 2016 – On 22 November 2016, Norway’s new banknotes were on public display for the first time. The first denominations will be put into circulation in summer 2017. The new banknotes will help Norway to catch up with the most recent security standards applied by other countries. © Norges Bank.

In recent years, a number of Norway’s neighbouring countries have issued new and more secure banknotes. Fortunately, only a very small proportion of banknotes in Norway are counterfeit. However, if Norway’s banknotes lag behind in terms of security, the country runs the risk of developing a counterfeiting problem.
‘As the central bank, Norges Bank bears the responsibility for ensuring that the security level of Norwegian banknotes is sufficiently high at all times. Norges Bank has therefore produced a new banknote series that is more secure than ever before’, says Governor Oystein Olsen. 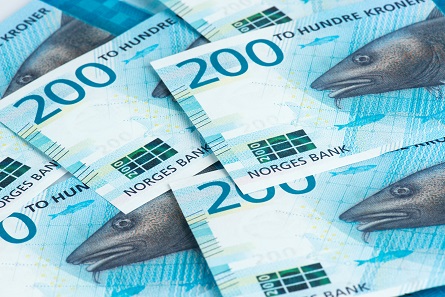 The new banknotes will not feature portraits as they used to do – but motifs around the common theme: “The Sea”. © Norges Bank.

For the first time in history, Norwegian banknotes will not feature portraits. Instead, the new notes all reflect a common theme: ‘The Sea’. A traditional, iconic design features on the front of the new notes, with a different maritime motif for each denomination, based on proposals from Metric Design and Terje Tonnessen. The modern, pixellated patterns on the back of the notes are built up around a grid system based on the Beaufort wind force scale, developed from Snohetta’s proposal.
‘Norges Bank’s banknotes and coins are the community’s money, money we share, and for which we collectively act as guarantor. It is natural that they should tell a story that reflects us as a community of people, and the sea and our coastline are key dimensions in that story. And I hope that the new banknotes will act as an excellent business card for our country’, says Olsen. 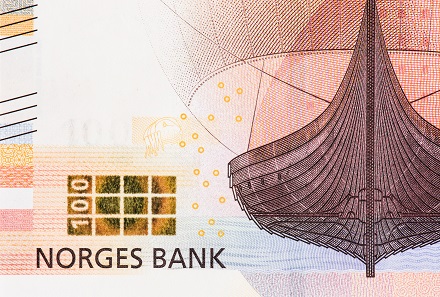 Norges Bank aims to put the new 100-krone and 200-krone notes into circulation on 30 May 2017. The other denominations will be launched in 2018 and 2019. However, the general public was given a sneak preview at the exhibition ‘Meet Norway’s new banknotes’ at Vippetangen in Oslo, 22-27 November.
The interface between security and design was the focus of the exhibition, which also provides a rare glimpse into the complexity of banknotes.

To learn more about Norway’s banknotes go to the Norges Bank website.

We reported on the new banknotes’ theme when it was presented to the public.