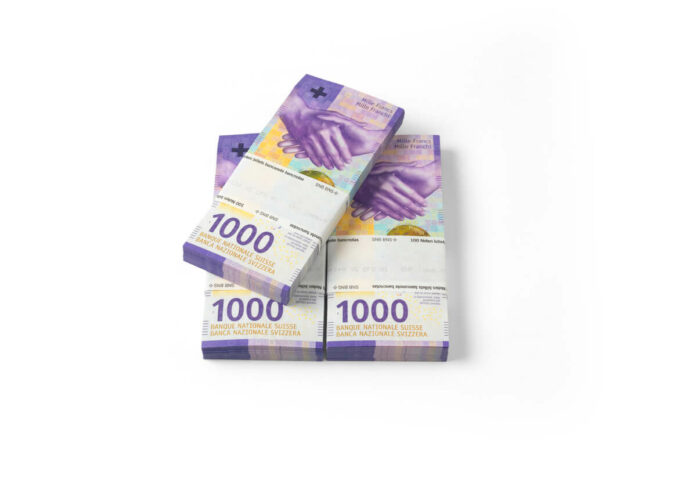 The Swiss National Bank (SNB) began issuing the new 1000-franc note on March 13, 2019. Following the 50, 20, 10 and 200-franc notes, this is the fifth of six denominations in the new banknote series to be released. The current eighth-series banknotes remain legal tender until further notice.

The inspiration behind the new banknote series is ‘The many facets of Switzerland’. Each denomination depicts a typically Swiss characteristic, which is then illustrated graphically using a range of elements. The 1000-franc note focuses on Switzerland’s communicative flair, as expressed by language, the note’s key motif. Core design elements are the hand and the globe, which appear on every denomination in the new series. 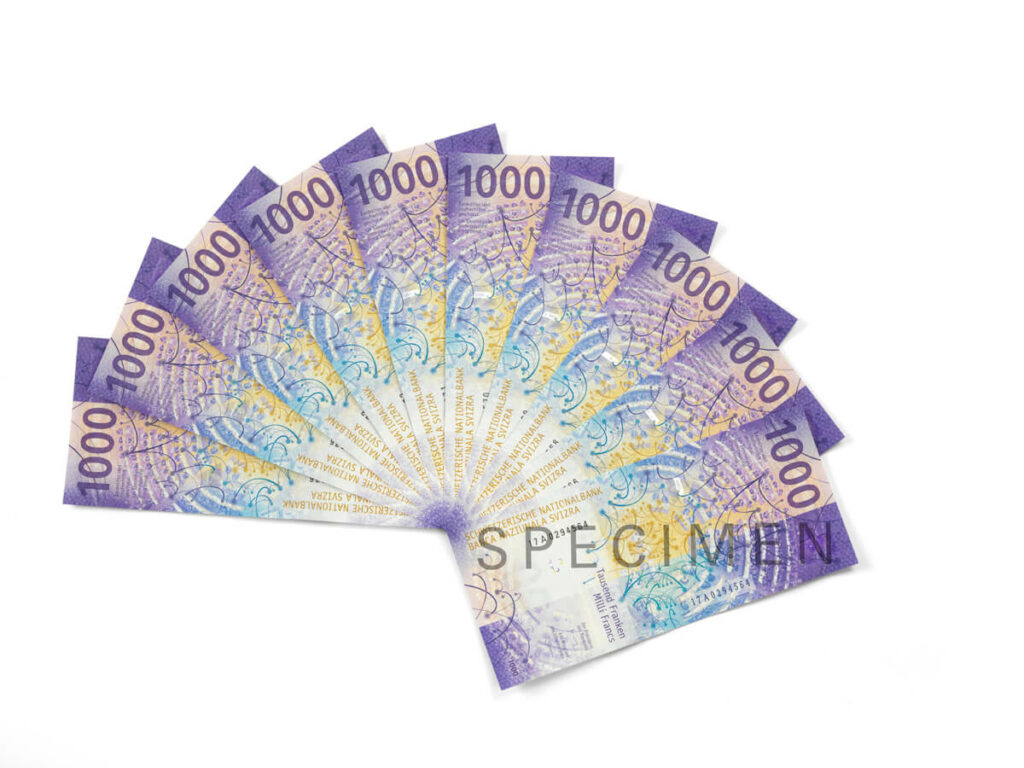 As with the banknotes currently in circulation, the ninth series consists of six denominations; the color scheme, too, remains the same. Accordingly, the main color of the new 1000-franc note is purple. 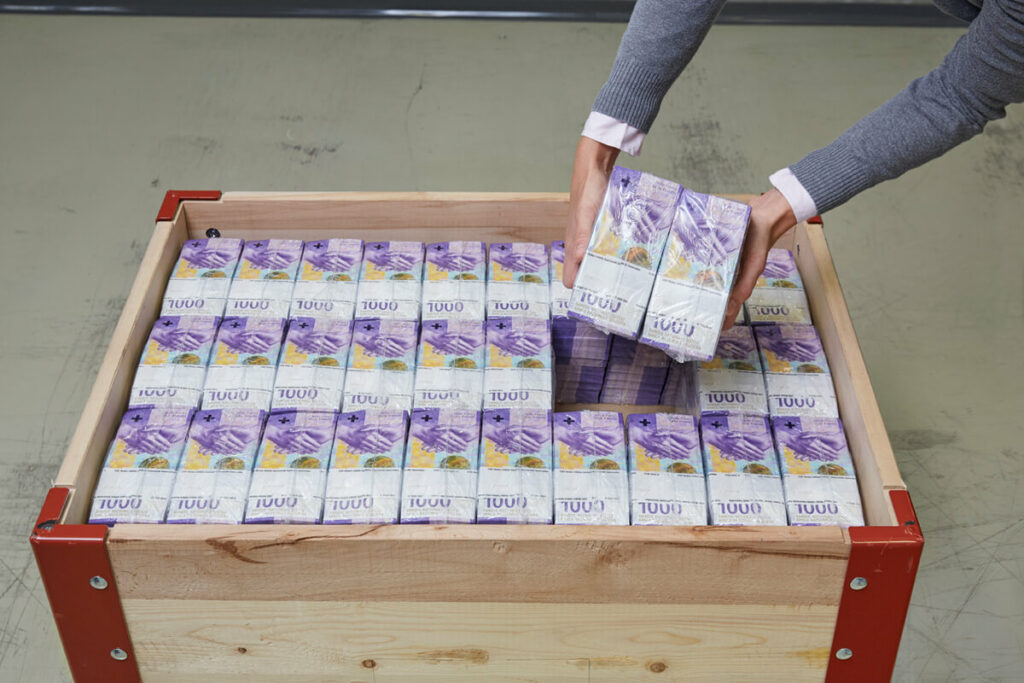 However, the format has been modified – the new notes are smaller and thus easier to handle. The innovative combination of complex security features and sophisticated design provides state-of-the-art anti-counterfeiting protection.

The 100-franc note, which will be presented on 3 September 2019 and enter circulation on 12 September 2019, will conclude the release of the ninth banknote series.

Pictures of the new banknote are available on the SNB website.

A video of the official presentation is available on YouTube.

You can find more information about the new banknote series on CoinsWeekly.

If you’re interested in the history of printing, including the printing of banknotes, you can still visit the exhibition “From Bible to Banknotes. In Print Since 1519” at the National Museum Zurich until April 22, 2019.