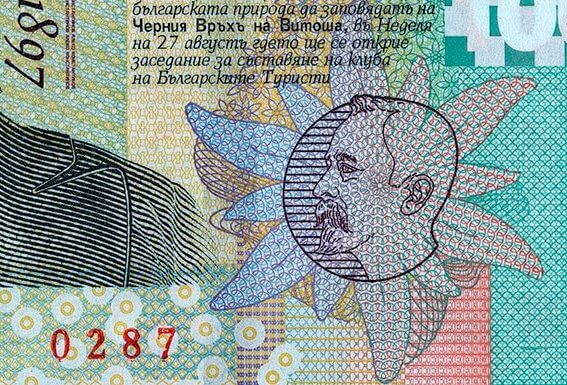 The Bulgarian 100 Levs note won the award for Regional Banknote of the Year at the High Security Printing EMEA in Malta. The award recognizes “outstanding achievements in the design, technical sophistication and security of a banknote or banknote series”.

The banknote won the award for its “brilliant, beautiful and dynamic security features which correspond perfectly with each other and encourage the public to authenticate the note at first sight.” The paper-embedded security features – the thread, the foil and the watermark – were supplied by Louisenthal, a subsidiary of Giesecke+Devrient Currency Technology GmbH.

The 100 Levs is the first banknote issued from the new Bulgarian series; it was put into circulation on December 28, 2018 and portrays Aleko Konstantinov, a Bulgarian writer, publicist, lawyer, translator, democrat, and social activist. All banknotes in the Bulgarian series will be equipped with the latest state-of-the-art security features.

For Clemens Berger, Chairman of the Board of Louisenthal, the award for the 100 Levs shows “how important and rewarding it is for central banks to keep banknotes both secure and attractive. We are honoured that the Bulgarian National Bank has chosen us to equip their new series with best-in-class paper-embedded security features. The use of our RollingStar® LEAD stripe with its brilliant colour shift from emerald green to sapphire blue and the repetition of the main motif throughout the note strongly increase not only the attractiveness of the 100 Levs but also its security.”

In 2017, a street in Chicago was named after Aleko Konstantinov in honor of his influential work To Chicago and Back, which was published in 1894.

If you’re also interested in Bulgarian coinage and monetary history, we recommend you read Vladimir Ovtcharov’s “Coinage and Coin Circulation on the Balkans” and Konstantin Dochev’s “The coins of the Byzantine Palaeologos Family in the coin circulation of the Bulgarian Kingdom in period 1259-1396”.

In 2018, Giesecke+Devrient already won the “Regional Banknote of the Year” Award for the Armenian 500 dram collector’s note.