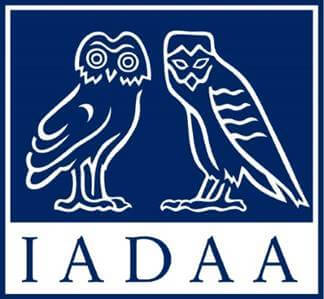 The World Customs Organisation’s 200-page Illicit Trade Report 2018 shows a decline in Cultural Heritage crime, while also showing how it is dwarfed by other sectors of trafficking, such as drugs, weapons and counterfeit goods, accounting for just 0.08% of all reported cases and seizures.

The WCO has included Cultural Heritage as a category in its reporting since 2015.

The results since then expose the gross inaccuracy and exaggeration of widespread claims of a multi-billion dollar international network of trafficking and illicit trade in antiquities.

Despite the claim [now removed] on the Interpol website that illicit trade in cultural property was third only to that in drugs and weapons [a claim that Interpol itself contradicted even as it continued to publish it], the WCO figures show that this has never been the case and that, in fact, cultural property trafficking is by a very long way the smallest category of concern.

According to the WCO: 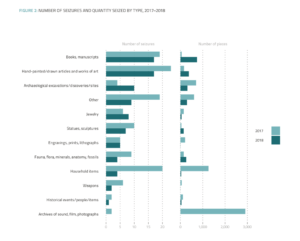 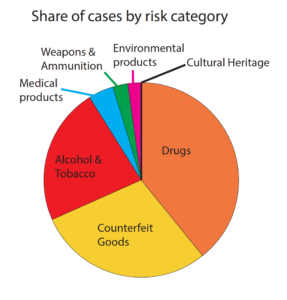 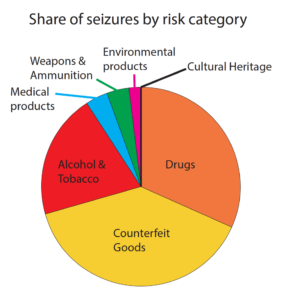 On page 11 the 2018 report describes the top three categories as “Currency and Medals, Hand-painted or Hand-drawn articles and Works of Art and Books and Manuscripts”.

The report notes that the number of seizures among currency and medals decreased from 68 to 39, while the number of pieces seized climbed from 9,431 to 13,391, but added that this was because of “a small number of seizures involving large quantities of items” from Cyprus, Saudi Arabia and the Russian Federation. Currency seized includes a significant volume of relatively modern coins.

Although this report concerns illicit trade from 2017-18, it uses a number of earlier case studies as illustrations of trafficking, including one where the original theft took place in 1961. One of the operational highlights quoted was the seizure of a single Mesopotamian cylinder seal in Germany.

As with the 2017 report, the sheer scale of crime in other categories by comparison is overwhelming and it is inconceivable that even if fully reported via CEN, Cultural Heritage-related trafficking would come anywhere close to bridging that gap. This can be seen clearly in the percentages and pie charts on page 3 of this analysis, which are based on the reports statistics and show the share of reported cases and seizures for each category.

The only other two variables by which to compare the weight of each category would be the number of items seized and the value of items seized. Comparing the number of items is, to a degree, largely pointless because the nature of items between categories is so different, but again, by sheer volume, Cultural Heritage is infinitesimally smaller than other categories. It is also impossible to give exact values for any of the categories, but it is clear that while the value of reported seizures in other categories range from the hundreds of millions to the billions or even hundreds of billions of dollars, for Cultural Heritage it is much smaller, by a considerable degree of magnitude. 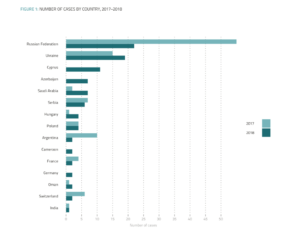 Keep in mind, too, that relevant crime involving archaeological sites and antiquities is one of a dozen categories listed under Cultural Heritage, and that the number of items reportedly seized in 2018 more than halved to just 314. So the WCO report clearly puts the issue of antiquities trafficking into a perspective that bears absolutely no relation to the perceived level of trafficking claimed by anti-trade campaigners, NGOs and lawmakers globally.

Summary Comparison Between Risk Categories in 2018

Statistical Sources in the WCO Report 2018

IADAA contacted the Secretary General of the WCO on January 9, 2020 for clarification, but has not received a response at the time of publication on January 22, 2020.

The full 200 pages report was published in December 2019 and is available on the WCO website.

For more information on the IADAA visit their website.

Here you find the IADAA’s evaluation of the WCO 2017 report.

September, 10. 2020
What is a museum? That’s what the International Council of Museums (ICOM) is debating so fiercely that some of their leaders have resigned. Do museums have a political mission? ICOM’s existence might depend on the answer to this very question.
error: