Latvijas Banka continues the tradition of minting circulation coins of special design in Latvia. Each year, every euro area country is entitled to issue two 2 euro circulation coins of special design or commemorative coins as well as one more commemorative coin within a joint programme of several euro area countries provided that such a programme is organised.

Euro commemorative coins are legal tender in the Republic of Latvia and other euro area countries. Thus, in the run-up to the centenary of the country, the commemorative coins with the coats of arms of Latvia’s cultural and historical regions will travel across Europe telling a story of Latvia.

The graphic designs of the national side of the new commemorative coins have been created by artist Laimonis Senbergs, but the plaster models – by Janis Strupulis. Laimonis Senbergs is the Deputy Chairman of the Coin Design Commission of Latvijas Banka and author of the graphic design of 19 collector coins. Janis Strupulis has created the graphic design of two coins and plaster models of several dozens of Latvijas Banka’s collector and circulation coins. The European side of these euro commemorative coins bearing the nominal value (artist Luc Luycx) is the same as that of other 2 euro circulation coins, including material and size.

The division of Latvia into cultural and historical regions (Vidzeme, Latgale, Kurzeme and Zemgale) is stipulated by Article 3 of ‘Satversme’ (the Constitution of the Republic of Latvia). Four euro commemorative coins featuring the coats of arms of Latvia’s cultural and historical regions will be issued by the end of 2018 as Latvijas Banka’s contribution to Latvia’s centenary. The symbols incorporated in the coats of arms established by the Regulations on Coats of Arms of Latvia’s Regions, adopted on 26 April 1930 in accordance with Article 81 of ‘Satversme’, are related to historical developments in the present-day territory of Latvia. 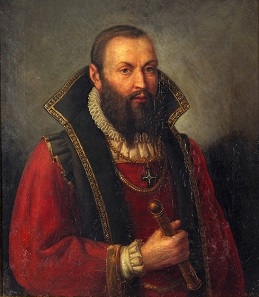 The new commemorative coins will be circulated in the same way as any other circulation coins, reaching commercial and other enterprises as well as population through banks.

For more information and where to buy these coins visit the website of Latvijas Banka.

The wording of the Constitution of Latvia can be read here.

For having a look at the open calendar of events to mark Latvia’s centenary click here.