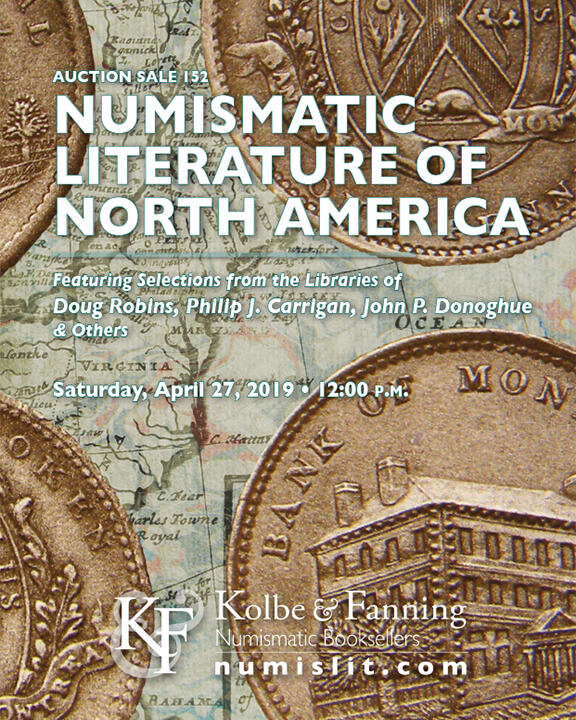 Kolbe & Fanning Numismatic Booksellers are announcing Sale 152, which will be held on Saturday, April 27, 2019. The 441-lot sale is entirely devoted to North American numismatics (though a number of important catalogues issued by American dealers offering ancient and foreign coins are also included). Material from the libraries of Doug Robins, Philip J. Carrigan and John P. Donoghue are featured, as are special offerings from the libraries of Reed Hawn, Del Bland and Q. David Bowers. The sale will be of particular interest to collectors of Canadian coins, medals, tokens and paper money.

The printed catalogue of Sale 152 will be mailed to active customers in the near future. A PDF of the printed catalogue has been posted to the Kolbe & Fanning website for those who prefer that format. Bids placed via post, email, fax or phone must be received by Friday, April 26, the day before the sale, in order for them to be processed. Advance absentee bids may also be placed at any time online; live internet bidding will be available during the sale itself through the same platform.