August 4, 2016 – The 47 Prefectures Coin Program issued by Japan Mint got a new representative. Made of pure silver, the 1,000 yen commemorative coin features a renowned scientist and landmarks of the country’s 46nd prefecture: Fukushima.

The common obverse features snow crystals, the moon and cherry blossoms. Latent image technology is applied to the center of the largest snow crystal to make letters of ‘47’ representing the number of prefectures in Japan, and ‘60’ representing the 60th Anniversary of Enforcement of the Local Autonomy Law appear alternately when viewed from different angles. The coin’s reverse features Hideyo Noguchi, Bandaisan and Inawashiroko. 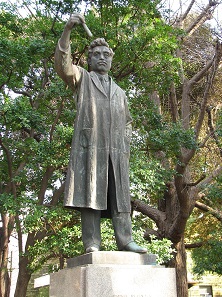 A prominent bacteriologist from Fukushima Prefecture, Hideyo Noguchi was engaged in bacteriological study at the Rockefeller Institute for Medical Research and is well-known for his work on yellow fever, syphilis and other diseases. During his research on yellow fever in Accra, Ghana, he himself contracted the disease and died there at the age of 51. 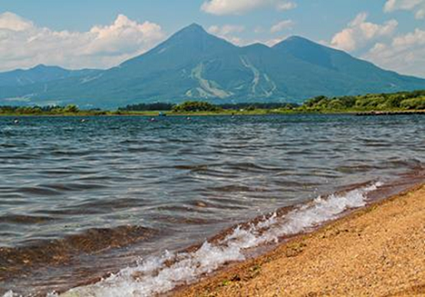 Located in Inawashiro Town, Bandai Town and Kitashiobara Village, in the Yama District of Fukushima Prefecture, Mt. Bandai has been named one of the hundred most famous mountains in Japan. Sometimes called Aizu Fuji or Aizu Bandaisan, the mountain is a landmark of Fukushima. 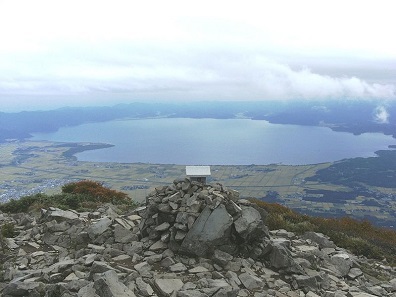 Located in the cities of Aizuwakamatsu and Koriyama, as well as in Inawashiro Town in the Yama District of Fukushima Prefecture, Lake Inawashiro is the fourth largest lake in Japan. Lying nearly in the center of the prefecture, it is one of Fukushima’s most famous landmarks. The lake was recognized as the lake with the best water quality in Japan four years in a row from 2002 to 2005.

More information on the “Japan 47 Prefectures Coin Program” is available at the Japan Mint’s website.

You can watch a short video on the life of Hideyo Noguchi here.

Please find out more about Mount Bandai by clicking here.

And if you plan to see Inawashiro Lake with your own eyes, you will find helpful information here.