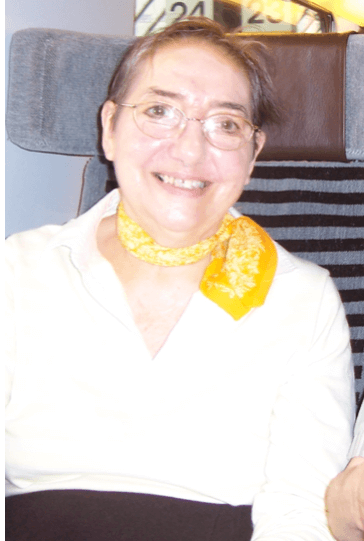 Neddy Allen began her career as a dealer in commemorative medals in the late 1960s, having been introduced to the subject by the late Peter Allen, whom she had married twenty-five years earlier in 1953. It is said that they met at a restaurant in the City of London, where Neddy was waitressing and Peter was lunching; the introduction seamlessly effected when her husband-to-be requested for dessert ‘steam pudding without the steam’: upon such meaningful exchanges are marriages made!

Though chiefly remembered by many as a specialist in Maundy money, Peter had also taken an interest in medals and was to communicate their artistic virtue and historical relevance to an enthusiastic Neddy, who took to the subject like a duck to water. This was a time when a City of London cased bronze medal could be had for £5; and while there may have been few takers at that price at the time, that series and many others were to form the backbone of her dealing activities.

With a warm-hearted and enthusiastic spirit, she established long lasting relationships with collectors and dealers alike over the following forty-five years. Clients from every part of the world would eagerly flock to her ground floor Dorset Square apartment in central London, where they would be greeted with unfailing courtesy: looking out upon the gentility of its Regency surroundings, the atmosphere of a salon was ideally suited to viewing the latest additions to her stock.

Without prior training or background, Neddy was to develop a remarkably intuitive eye for the aesthetic appeal of the medal; a finely tuned antennae alerting her to quality, interest and rarity. It reflected what was clearly a natural liking and enjoyment of the subject, which would make the blindness to which she suddenly succumbed, mercifully in the last few years of her life, a particularly cruel blow; though one that she confronted with admirable fortitude, if understandable frustration.

However, her intellect, sharply-attuned sense of humour, and the ability to laugh at her own situation, as well as those of others, would never leave her: that quick wittedness remaining as fresh and as sharp as it was fifty years earlier; and amongst the remarkable characteristics that provide a very warm and happy memory for those who knew her.

January, 13. 2022
Since 1 January 2022 CIT has a new CEO: Johann Berner. Former CEO Heimo Steriti has retired from this role but has not left entirely the company.
error: