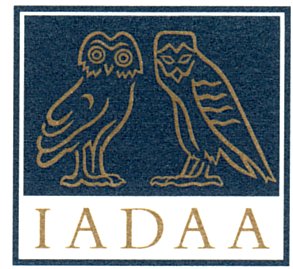 Interpol updated its website in early March, finally removing the misleading information regarding the illicit trade in cultural property that has been quoted so often to justify new legislation.

IADAA had tried several times to have the information corrected without success and had just drafted a letter to Interpol Secretary General Jürgen Stock, asking him to take action when the change came.

To recap, as the screen grabs shown here demonstrate, the previous edition of the website included the following sentence in the second paragraph of the home page of Interpol’s Works of Art Crime page: “The black market in works of art is becoming as lucrative as those for drugs, weapons and counterfeit goods.”

However, the Frequently asked questions linked to the same page just below contradicted this statement. For example, the first question was “Is it true that trafficking in cultural property is the third most common form of trafficking, after drug trafficking and arms trafficking?”
The answer given was: “We do not possess any figures which would enable us to claim that trafficking in cultural property is the third or fourth most common form of trafficking, although this is frequently mentioned at international conferences and in the media.
“In fact, it is very difficult to gain an exact idea of how many items of cultural property are stolen throughout the world and it is unlikely that there will ever be any accurate statistics. National statistics are often based on the circumstances of the theft (petty theft, theft by breaking and entering or armed robbery), rather than the type of object stolen.
“An enhanced information exchange could assist INTERPOL in determining the importance as well as the trends and patterns of this type of crime.”

The following questions and answers painted a similar picture, making it clear that Interpol did not have this information. Obviously, if this was the case, the statement at the top of the page could not be based on any established facts.

What is now known from the latest World Customs Organisation Illicit Trade Report (2017) is that illicit trade in cultural property barely registers as a problem area compared to all other categories of illicit trade, from drugs and weapons to counterfeit goods, alcohol and tobacco and others. This is true in whichever of the four ways you measure the problem: number of cases; number of seizures; volume of material seized; and value of material seized.

The new-look Interpol website now states: “During the last decade, our world has witnessed a considerable increase in the destruction of cultural heritage due to armed conflict. This has been accompanied by the organized looting, illicit trafficking and sale of cultural objects that were an integral part of a country’s heritage, history and identity.”
Helpfully, Interpol now confirms that the “majority of thefts are carried out from private homes”, whilst acknowledging the threat to museums and places of worship.
It gives as its sources information collected “during international meetings and conferences, as well as confidential data we received through our secure network, show a rapid rise in the number of fake historical artifacts”.

This is also helpful but does not clarify how reliable this information is, nor does it give any idea of the size and scope of the problem. What would prove extra helpful is if Interpol would take the WCO report into account and explain how far it tallies with its own findings.

If you would like to subscribe to the newsletter of IADAA yourself, you can do so here.

Ivan Macquisten does a marvelous job rendering the voice of the trade in ancient art audible. His website is provides information about his current work.