May 17, 2012 – Since 1998, Japan Mint has invited coin designs from all over the world to the International Coin Design Competition (ICDC), to encourage creativity and enhance the artistry of coin designs. In ICDC 2011, Japan Mint received 127 works from 16 countries for the General Category and 174 works from 7 countries for the Student Category. And here are the winners.

Ms. Maria Poldaufova from Slovakia won the first prize with her medal “For Gustav Klimt”.

Ms. Nataliia Fandikova from Ukraine received the honor “Excellent Work” for her medal to Gerard Mercator. 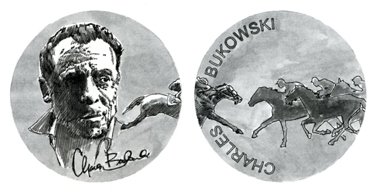 Another artist from Slovakia created one of the three “Fine Works”. Mr. Miroslav Hric dedicated his medal to the great poet Charles Bukowski.

The last “Fine Work” is focused on the Football Championship of Europe and the artists are coming from Ukraine: Volodymyr Taran, Oleksandr Kharuk and Serhiy Kharuk.

There are two special awards. One was won by two Bulgarians, Vanya Dimitrova and Svetoslav Hadzhigaev,…

…the other one by Ms. Nozomi Mitsuo from Japan.