March 15, 2012 – Odyssey Marine Exploration, Inc., a pioneer in the field of deep-ocean shipwreck exploration and archaeology, has executed an agreement with the Maritime Heritage Foundation for the financing, archaeological survey and excavation, conservation and exhibit of HMS Victory (1744) and artifacts from the shipwreck site. 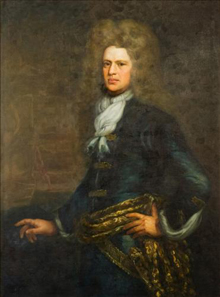 HMS Victory, commanded by Admiral Sir John Balchin, was considered the greatest ship in the world when she disappeared. Built with three decks and elaborately decorated open stern galleries and armed with up to 110 guns Victory was the last Royal Navy warship to be lost at sea with a complete complement of bronze cannon. Her final voyage began in July 1744, when a fleet was dispatched under the command of Sir John, one of Britain’s most revered admirals, and she sank on 5 October 1744. 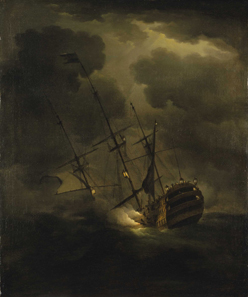 Theories about the demise of the Victory began to circulate almost immediately. When wreckage marked with the name Victory washed ashore on the coasts of Alderney, Guernsey and Jersey, it was assumed the ship went down off the Channel Islands. The prevailing belief was that the warship had struck the Casquets, a group of rocky islets northwest of Alderney, infamously known as the “graveyard of the English Channel.” The tragic loss of Victory has long puzzled scholars and although the remains were never located, the blame for the ship’s loss was placed on poor navigation by the Captain. The Alderney lighthouse keeper was subjected to a court martial for allegedly failing to keep the lights on between 1 and 5 October, 1744.

For nearly 300 years, the wreck site has been searched for fruitlessly, until in 2008, Odyssey Marine Exploration discovered the wreckage, ending one of Britain’s most perplexing naval mysteries. The discovery put to rest questions about where the Victory sank, for it was found nearly 60 miles west of the Casquets and thus exonerated the officers as well as the Alderney lighthouse keeper. Odyssey is salvor-in-possession of the wreck. After a period of joint consultation between the UK Ministry of Defence and the UK Department for Culture, Media and Sport, and a public consultation period, the remains of HMS Victory were transferred to the Maritime Heritage Foundation in January 2012. The Foundation, a charity established to locate shipwrecks, investigate, recover and preserve artifacts to the highest archaeological standards and to promote knowledge and understanding of Britain’s maritime heritage, has now assumed responsibility for the future management of the wreck site.

“We are honored to work with the Maritime Heritage Foundation on the Victory project, an important piece of British naval heritage. Since our discovery of HMS Victory, we’ve continued to monitor the site and have sadly noted significant changes to the site including four ton cannon that have been dragged and damaged, as well as the illicit recovery of a cannon by another salvor, signs that the idea of preserving the site in situ is clearly not practical,” said Greg Stemm, Odyssey CEO. “We plan a phased approach which will include an initial non-disturbance survey and expect to begin the archaeological excavation as soon as practical.” “We hope that this site will give us a unique insight into the world of the mid-eighteenth century Royal Navy,” stated Sir Robert Balchin, the Chairman of the Maritime Heritage Foundation. “We are very concerned that natural erosion, damage from fishing vessels and illegal looting may endanger the wreck and therefore we have planned an archaeological survey that will record the site before it deteriorates further. Odyssey Marine Exploration has proved its expertise and we are looking forward to working with them to protect the maritime heritage associated with Balchin’s Victory.”

Pursuant to the executed agreement Odyssey has produced an extensive project design for the archaeological excavation of the site, including a complete plan for recording, documentation, conservation, publication and public education. Once the project plan is approved by the Foundation, fieldwork is expected to begin in early 2012, depending on weather conditions and equipment availability.
The fieldwork will seek to answer various unresolved historical questions through a non-disturbance survey including: 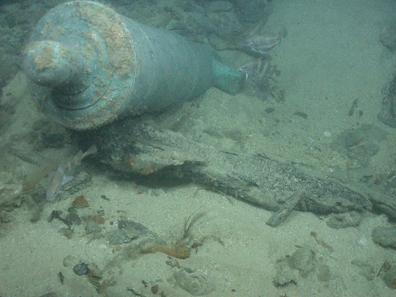 The agreement calls for Odyssey’s project costs to be reimbursed and for Odyssey to be paid a percentage of the recovered artifacts’ fair value. The preferred option is for Odyssey to be compensated in cash. However, if the Foundation determines, based on the principles adopted for its own collection management and curation policy, that it is in its best interest to de-accession certain artifacts, the Foundation may choose to compensate Odyssey with artifacts in lieu of cash.

A Private Curatorship Program will be established for certain artifacts from the site considered by the Foundation to be suitable for de-accession to prevent their irretrievable dispersal and to allow ongoing scientific study.

You will find a lot of information and material, including a video clip on the shipwreck and its discovery on the website of Odyssey Marine Exploration.