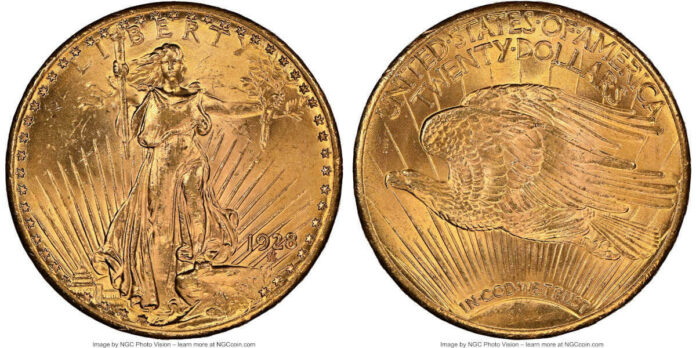 This time, at least, the hunt for Forrest Fenn’s treasure won’t be so challenging. What remains from that famed chest hidden in the Rocky Mountains – for a decade, the stuff of dreams and countless news stories – is now available with the simple click of a button.

On Friday Heritage Auctions opened bidding on Forrest Fenn’s Treasure, which closes Dec. 12, 2022. The thrill of the chase is prolonged another month as collectors once again vie for 476 gold pieces, coins, jewelry and other items found in the chest that was planted in 2010 by the author, decorated fighter pilot and art dealer. Fenn, a native of Temple, Texas, saw the treasure hunt as a fitting farewell to a life well lived – and, he said, as a way to encourage people “to get off their couches.”

Before and even after the chest’s discovery in 2020 by Jack Stuef, Fenn’s story became a nearly mythic tale that began with a simple poem in his memoir The Thrill of the Chase, which contained nine clues to the chest’s whereabouts. It began: “As I have gone alone in there/And with my treasures bold/I can keep my secret where/And hint of riches new and old.” Fenn believed that after he hid the treasure in the mountains, more than 300,000 people searched for what he called his “title to the gold.”

That title was officially transferred to Stuef on June 11, 2020, when the 32-year-old Michigan native and medical student met Fenn in Santa Fe, N.M. According to an affidavit signed by Karl Sommer, Fenn’s attorney, “Forrest reviewed all of the contents of the Treasure Chest, confirmed it was the same chest and contents he hid in 2010, and accepted the Treasure Chest” from Stuef. At that same meeting, Sommer wrote, “Forrest gifted the Treasure Chest and its contents” to the man who found it.

In his affidavit, Stuef confirms that on Sept. 19, 2022, he sold the chest and contents to Tesouro Sagrado Holdings, LLC, which now brings the majority of Fenn’s treasure to auction. The consignor has kept the chest, the dragon bracelet and a handful of other items. The remainder of the chest’s contents is available in this auction.

Every piece here – from a Liberty Half Eagle to a centuries-old Columbian gold ornament to even a gold flake or a pair of scissors – will demand the attention of those who heard tell of the hunt for this fabled chest. But this auction contains its share of sizable, significant finds, too – among them a 549-gram Alaskan gold placer roughly the size of a hen’s egg.

The auction contains hundreds of coins, among them a 1928 Saint-Gaudens Double Eagle, Liberty Double Eagles, Liberty Half Eagles, Indian Eagles and more. Each coin in this event is graded and resides in an NGC holder noting its place in history as a selection from “Fenn’s Treasure Chest.”

Fenn also stashed centuries-old gold jewelry in the chest, including a Diquis/Greater Chiriqui Frog Pendant from Costa Rica or Panama, circa 700-1000 AD, and a gold pectoral meant to represent the sun, which comes from Columbia circa 200-600 AD. But not all that glitters is gold in this event: One collector will walk away with the completely intact, wax-sealed small glass jar purportedly containing at least Fenn’s autobiography.

Wrote Fenn, “I also wanted to include something personal with the treasure because maybe the lucky finder would want to know a little about the foolish person who abandoned such an opulent cache. So I placed a 20,000-word autobiography in the chest. It’s in a small glass jar and the lid is covered with wax to protect the contents from moisture. The printed text is so small that a magnifying glass is needed to read the words. I tried to think of everything.”

Discord has arisen among seekers of the jar over the ultimate question: Should its seal be broken? Whatever the answer, its contents will be known only to the collector who decides finally to break the wax seal and open the jar.

And what he didn’t think of was captured in Daniel Barbarisi’s extraordinary book Chasing the Thrill: Obsession, Death, and Glory in America’s Most Extraordinary Treasure Hunt, released in paperback earlier this year. Barbarisi tells how a “curiosity” became “a full-blown craze” thanks to the Today show in 2013; how blogs led to national news stories led to documentary films led to more memoirs and a frenzy that didn’t die down even after the chest was discovered in 2020. Indeed, if anything, there remains a Forrest Fenn fever unbroken by the chest’s discovery in June 2020 or Fenn’s death three months later at the age of 90.

The chest, he wrote on his website, “was under a canopy of stars in the lush, forested vegetation of the Rocky Mountains and had not moved from the spot where I hid it more than 10 years ago.” The chase might have ended. But the thrill most certainly has not.

Here you can read more about Jack Stuef, who found Forrest Fenn’s treasure.