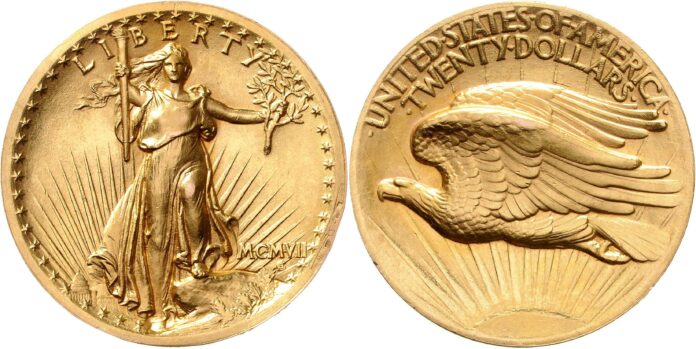 From November 08 until 12, 2021 the Auction 95 — Coins & Medals and the Auction 96 — Banknotes & Emergency Money will take place at Emporium Hamburg. Due to the current situation, it is not possible to welcome bidders in the auction floor during the auctions. However, Emporium Hamburg offers you the possibility to participate online, by telephone or by written bid. On the company’s website you will find all important information about live bidding. Auction viewing of the lots is possible by appointment until November 05, 2021, subject to compliance with hygiene regulations. To make an appointment, please contact Emporium Hamburg at +49 40 25799-137.

Auction 95: Coins and Medals from Ancient to Modern Times

In Auction 95 every coin friend will encounter an extensive offer with over 3,200 coins and medals from ancient to modern times. With almost 1,000 lots this year’s fall auction offers a wide-ranging and high-quality selection of ancient coins. In addition, in an extensive selection of World and German States rarities bidders will find numerous gold coins as well as an exquisite selection of coins from the German Empire — multiple rare gold coins in outstanding condition!

The title piece of this auction can be found in the section “United States of America” (lots 2101-2293). It is the very rare 20 Dollars 1907 St. Gaudens (High Relief) from Philadelphia. This extremely attractive gold coin was minted in a limited edition of 12,367 pieces and is considered to be the masterpiece par excellence of A. Saint-Gaudens (lot 2237, estimated price: € 9,800.00).

The first highlights of our Auction 95 can be found in the section of “Greek coins” (lots 1-318). Here you should definitely note the exquisite AV Stater of the famous Greek conqueror Alexander the Great (336-323 BC). This well-known Greek gold coin was minted posthumously under Seleucus (317-311 BC) as Satrap of Babylon (lot 72, estimated price: € 2,950.00). Surely you are also familiar with the expression “carrying owls to Athens”, which describes something superfluous. In contrast, your bids for the world-famous tetradrachm from Athens are indispensable (lot 143, estimated price: € 600.00).

After Greek coins, the “Roman coins” (lots 319-724) come under the hammer. A specimen of a Denarius with an expressive portrait of the mourning Marcus Antonius (42-30 BC) deserves special attention. The reverse depicts an artistic rider, possibly referring to the Ludi Veneris Genetricis (Games in Honour of Venus) (lot 363, estimated price: € 4,250.00). This wonderful Denarius coinage is the only one from the year of Julius Caesar’s assassination in 44 BC!

Those looking for precious solidi and the well-known “Schüsselmünzen” (“bowl coins”) with Christian symbolism are guaranteed to find what they are looking for in the “Byzantine Coins” section (lots 725-960). The long reign of Anastasius I (491-518) proved to be stabilizing the empire in the administrative, financial and military domains. This emperor was immortalized on a magnificent specimen of a Solidus in the condition ef+ (lot 733, estimated price: € 500.00). A splendid specimen of a Solidus in the condition n.ef/ef from Constantinople by the first ruler of the Justinian dynasty (518-578 or 602), Justin I (518-527), will be auctioned (lot 749, estimated price: € 500.00). The almost uncirculated specimen of a Solidus of emperor Heraclius (610-641) (lot 834, estimated price: € 500.00) will certainly cause breathtaking excitement in the upcoming bidding duel. Heraclius was one of the most important Byzantine emperors and can be regarded as the last ruler of Late Antiquity and the first emperor of the Middle Byzantine Empire.

After ancient coins follows the extensive section of “World Coins and Medals” (lots 965-2300) from Afghanistan to the Central American Republic with numerous collections, individual pieces and gold coinage from Europe and overseas. Those who are looking for unique “ship coins” are guaranteed to find what they are looking for in the sections Bolivia (lots 1032-1105) and Peru (lots 1716-1806). Many exceptional gold and silver coinages in top condition (unc and Proof) and mostly in original boxes as well as with certificate are offered in a collection in the section Iceland (lots 1475-1531). A representative example to mention is the 3 coins set commemorating the 1,100th anniversary of the foundation of the First State with 500 (silver), 1,000 (silver) and 10,000 Kronur (gold) of 1974 in the condition proof, plus in the original box and with certificate (lot 1489, estimated price: € 850.00). Special mentioned should also be the 10,000 Kronur gold coin 1974 on the occasion of the foundation of Iceland 1,100 years ago with the motif “Ingulfur Arnason” in uncirculated condition (lot 1503, estimated price: € 750.00). The settlement of Iceland began under the navigator Ingulfur Arnason.

In the section “Thematic Medals” Emporium Hamburg will offer a variety of different coinages (lots 2301-2409). Whether politicians, animal motifs or medals by Karl Goetz — something for every collector. An exciting bidding duel is promised by a very detailed Gold medal 1972 (fineness .999) on the occasion of the XX Olympic Summer Games in Munich in the condition ef proof (lot 2351, estimated price: € 360.00). Certainly, many collectors will also be delighted by the large collection of Porcelain coins (lots 2369-2397) with extremely low starting prices.

Silver Coins of the German Empire

Gold Coins of the German Empire

The “Federal Republic of Germany” (lots 3269-3279) is also represented with numerous well-known circulating coins, but also desirable Euro gold coins. The Auction 95 – Coins & Medals will finish with the “German Democratic Republic” (lots 3280-3289) with many numismatic rarities, even for the advanced collector.

The Auction 96 – Banknotes & Emergency Money starts on November 12, 2021. Almost 600 lots will be auctioned and you as a collector of banknotes & emergency money will certainly find many rarities to supplement or complete your collection. You can already look forward to an exciting auction day!

Are you looking for international banknotes? Then we have the following highlights for you: 20 Shillings 1946 in condition I/I- from British West Africa (lot 4030, estimated price: € 200.00) and 1000 Gulden 1994 (1996) from the Netherlands Bank (lot 4131, estimated price: € 800.00) and many more. The exceptional range of rare world banknotes from Africa, Asia and South America and many more promises to delight the collector’s heart.

The team of the numismatic department of Emporium Hamburg is looking forward to an active participation in our Auctions 95 & 96 and is at your disposal for detailed information regarding catalogue ordering, telephone bidding, online live bidding etc. at any time!

Catalouges can be requested at:

You can view the catalogues of Auction 95 & Auction 96 on the Emporium Hamburg homepage.

March, 4. 2021
The numismatic trade in the style of Hanseatic merchants, that’s what Emporium Hamburg is all about. The Stoertebeker House is home to all forms of coin trade that one can imagine. Ursula Kampmann had the opportunity to visit the premises.
error: