March 23, 2017 – “Dear people of Cuba. It is with profound sadness that I must share this with our people, our friends in America and the world that today – 25 November 2016 – at 10:29 pm this evening, the commander of the Cuban revolution, Fidel Castro Ruz, died.” With these words his brother Raúl announced the death of a man which the world has only known in uniform. For Mongolia, Coin Invest Trust dedicates a commemorative coin in two editions to this important figure in recent contemporary history. 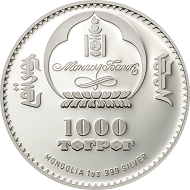 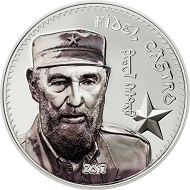 The obverse features the name and coat of arms of the issuing nation, nominal value as well as material and fine content.
The reverse features the bust of Fidel Castro, also the inscription FIDEL CASTRO in Latin and Mongolian script, and the year of issue.

The relief of the silver edition is especially high and rich in detail thanks to smartminting© technology. Colour application in selected areas was used to accentuate the facial features. Thanks to Big Gold Minting© technology the diameter of the gold edition was increased from 11 mm to 13.92 mm. 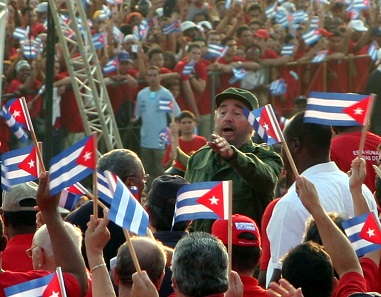 With the displacement of Cuban dictator Batista in 1959, Fidel Castro became an international symbol for the fight against imperialism, corruption, and military rule. As “Maximo Líder,” Castro embodied a human and humane communism for the students who took to the streets in 1968. That is not the only reason why he was met with disapproval by the USA. The Cuban invasion of the USA at the Bay of Pigs on 17 April 1961 almost started the third world war.
In 2008 the Commandante en Jefe resigned and handed over the state affairs to his brother Raúl, who gradually opened the country to the West.

And many articles on Fidel Castro can be found at the BBC website.