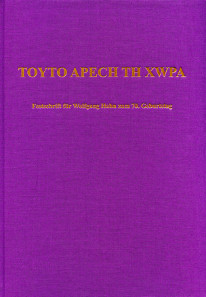 August 20, 2015 – The oeuvre that Wolfgang Hahn has produced over the course of the last 45 years is amazing. His list of publications spans 25 pages. The thematic range covers Roman coin finds (his 1969 PhD thesis dealing with the coin finds of Carnuntum, for example), coinages from Bavaria and Byzantium as well as medals and Austrian coins. But if you want to know what the true passion of coin aficionado Wolfgang Hahn is, then you should take a look at the cover illustration of his Festschrift. It does not depict a distinguished academic, sitting in his library, surrounded by books. Instead, it shows Professor Hahn as an Ethiopian Memher with all the office’s insignia. This title is equally as mysterious – not even Google gives a proper definition – as the coinage of Axum has been until a few decades ago, at least before Wolfgang Hahn has devoted many articles to this topic. The papers contributed to the Festschrift of Wolfgang Hahn by his numismatic friends are equally as wide-ranging as his own research. The range of topics includes the history of research (the post-1945 coin trade in Austria), Greek, Sassanid, Roman and Byzantine numismatics as well as medieval times in Bavaria and Austria. Of course, the several articles on medallic art deserve mentioning here as well, such as a phenomenon that is relatively unknown: the Damen- or Ballspende (ladies’ gift or ball’s gift) as a typical Viennese custom. To honor the attendance of the ladies at a ball, they were presented with small gifts, such as a medal.

It is a pleasure to read the Festschrift in honor of Wolfgang Hahn (only the illustrations of the coins could have been a little bit richer in contrast). Covering such vast a spectrum, it is the perfect honor for a man which one author calls a polymath. How many numismatists of our time can allow themselves to transcend the boundaries of historical periods in such a sovereign manner? To illustrate the extent of the sovereignty of this grand master of numismatics, we take the liberty of showing the picture with which the well-wishers have preceded the volume. 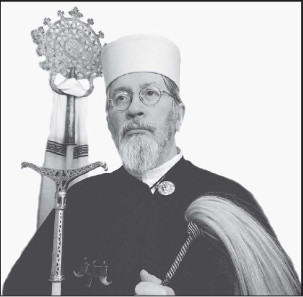 CoinsWeekly congratulates Wolfgang Hahn, not only on his 70th anniversary, but also on the great number of numismatic friends and talented pupils he has acquired during the time of his career!