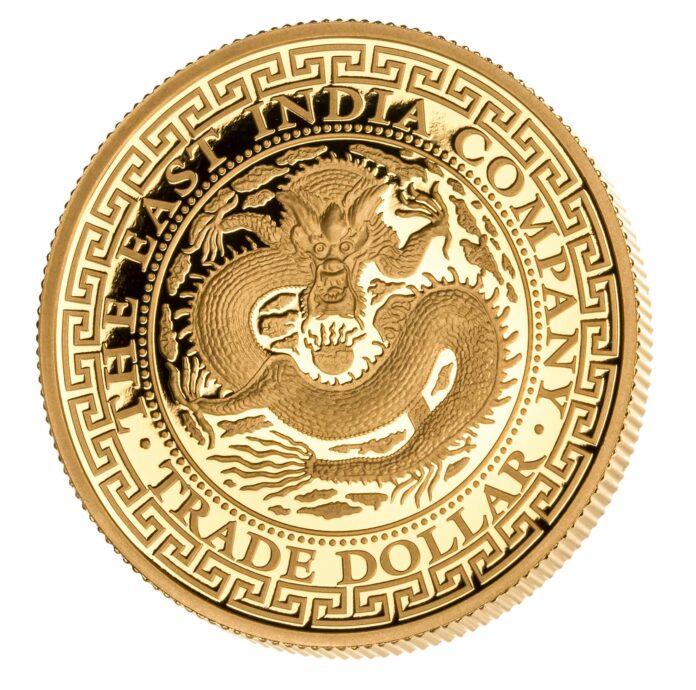 The East India Company Bullion Ltd, a subsidiary of The East India Company and in partnership with the Treasury of the Government of the Island of Niue have released the third coin as part of their overall series entitled “The Trade Dollar Collection”. The series features five of the most popular and sought‐after trade pieces issued during the mid‐19th and into the 20th century. 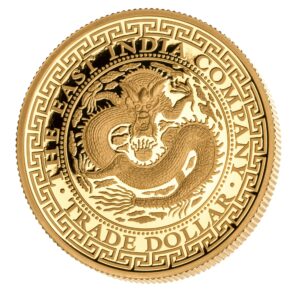 The Trade Dollar Collection is in tribute to the coins that shaped international commerce in various parts of the world with the latest 2019‐dated coins featuring an exceptionally detailed replica of the China’s silver trade dollar. First issued in 1889, the Chinese silver trade coins were minted in the Province of Kwangtung in a purpose built western‐style Mint. With equipment procured from Great Britain, coins produced at this facility were machine‐struck and included the depiction of a mythical dragon in traditional style on the obverse. Borrowed from designs seen on similar Japanese and Korean coins, the Dragon made its own appearance with a distinctly Chinese approach. Below the ferocious dragon, stated on each coin in English were the Chinese specifications of weight. 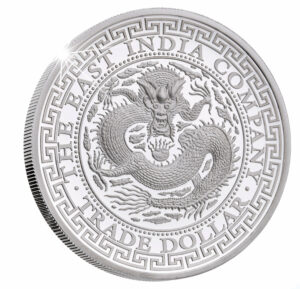 Shown as a weight measurement on the coin was the Mace, a traditional Chinese measurement of weight was intermittently used as a currency denomination. The Candareen is another traditional measurement of weight that is equal to 1⁄10th of a mace. This combination equated to approximately 27.22 grams or 420 grains and with a fineness of .900 silver, thus the Chinese trade dollar was a close facsimile to the well‐ known Spanish 8 Reales coin so often used and long preferred.

The reverse side of the latest collector coins includes a detailed rendition of a classic dragon seen on China’s first trade dollar issued in 1889. The obverse side of the proof quality collector coins bears the effigy of Her Majesty Queen Elizabeth II created by British sculptor Ian Rank‐Broadley. The text around the Queen’s portrait includes the name of issuing authority of NIUE ISLAND, the denomination “ONE DOLLAR or 250 DOLLARS” and the year date 2019.

The five‐coin set when completed will comprise collector coins representing those Trade Dollars from Great Britain, the United States of America, China, France and Japan. Each coin is housed in an East India Company branded case tailored accordingly to the gold or silver option and accompanied by a booklet detailing the story behind the design. The release of the 2019 Chinese Trade Dollar BU Silver coins will be confirmed at a later date.

For more information on this and other coins go to the website of the East Indian Company.

We reported on it when the East India Company started to mint again coins.