September 19, 2013 – The paddle steamer SS Republic was transporting over 50,000 coins when it sank in 1865 during a violent storm off the east coast of the United States. In 2003, the wreck was discovered and the cargo recovered. Now, the Cook Islands has issued a commemorative coin bearing a small piece of salvaged coal from the ship.

The coin is available in two versions – a gold, round coin and an oval-shaped silver edition. Depicted on the obverse is the portrait of Queen Elizabeth II, the Cook Islands’ official head of state. Her name appears in the upper left, Elizabeth II, and the name of the issuing country, Cook Islands, on the upper right. The nominal value, 5 Dollars appears along the central bottom edge.
On the reverse, the oval image field of the silver issue is delimited by a mooring rope-shaped frame. The image field, which is done in matted colour, depicts a side view of the SS Republic on the high seas. Above it is the year of issue, 2013. A piece of coal is inset underneath the smokestack. The name of the coin, SS Republic, appears along the upper rim above the image field. The ship’s official dates – the year of its launch, and the year it sank: 1853-1865, are shown along the lower rim. 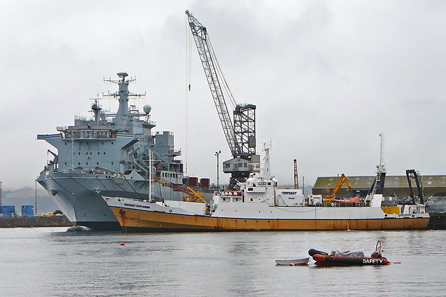 In 2003, the company Odyssey Marine Exploration made an astonishing discovery – from the bottom of the Atlantic, at a depth of more than 500 metres, they recovered the ships’ bell of the SS Republic, a sidewheel steamship that sunk in 1865 about 100 miles off the coast of Georgia during a violent hurricane. Experts used advanced robotics to salvage a large portion of the cargo, in particular over 50,000 gold and silver coins, including more than 45 varieties of the so-called Liberty Seated Half Dollar. The estimated market value of this hoard amounts to roughly 150 million US dollars! Everyday objects were also recovered, offering a poignant taste of what life was like at the time and a moving history of the SS Republic.

The SS Republic was launched 160 years ago, in August 1853. At the time, however, she was called ‘Tennessee.’ The 64-metre long and 10-metre wide steamship first made its way between Baltimore and Charleston, along the US east coast. Soon after that, the Tennessee was the first ship deployed from Baltimore for transatlantic service. Among the passengers on its voyages to Central America and California were gold prospectors and mercenaries. 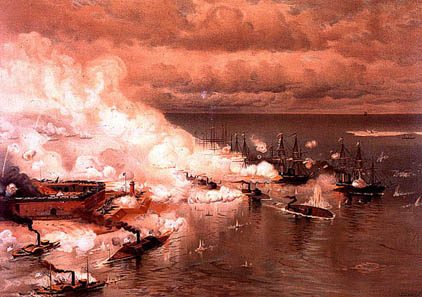 When the Civil War broke out between the Northern and Southern states in 1861, the Confederates seized the Tennessee in New Orleans and used it as a blockade-runner against the Union ships. But by the following year, New Orleans had fallen and the ‘new-old’ masters converted the steamer into a gunship – the USS Tennessee, a Union ship, as made clear by the slightly modified name. In this form, it served temporarily as flagship and took part in various battles. Following the victory in Mobile Bay in 1864, the ship was named USS Mobile, but in the autumn, she suffered damage in a violent storm and was taken out of military and returned to civil service.

A New York shipowner purchased her at auction and converted her for civilian use. From then on, she went by the name SS Republic. In autumn 1865, she set out from her new home port in New York to her old one in New Orleans, carrying on board, as already mentioned, 500 barrels containing hundreds of thousands of dollars in gold and silver, and other cargo. The ship then encountered its fourth and final hurricane: On October 25, the SS Republic sank. While most of the passengers were rescued, the cargo remained at the bottom of the sea until just recently. In 2003, Odyssey also retrieved, among the other items, some remnants of the coal that had once kept the ship’s paddle wheels in motion. Now, Coin Invest Trust has incorporated small pieces of it in the silver version of a commemorative coin, whose mintage reflects the year of this tragic accident.

More information is available at the website of Coin Invest Trust.

Detailed information about the SS Republic rescue operation you can find at the site of Odyssey Marine Exploration.

This video on YouTube shows the coin find during the rescue operation.

More on this spectacular coin find you can read in this National Geographic article.