CNG Auction 109 includes several interesting collections and individual rarities, which make up the majority of coins on offer. Some of the individual highlights from CNG 109 are:

Lot 8: Lucania, Metapontion. Circa 540-510 BC. AR Nomos (27mm, 7.85 g, 12h). Ear of barley with seven grains; META down left field, grasshopper upward to right / Incuse ear of barley with seven grains; incuse dolphin upward to left. Noe Class V, 104 (same obv. die); Gorini 11 (this coin illustrated, enlarged on p. 137); HN Italy 1472; SNG ANS 207 = Jameson 259 (same obv. die); Gulbenkian 58 = Locker-Lampson 18 (same obv. die); Traité I pl. LXVI, 9 (same obv. die). Good VF, deep cabinet tone, a few scratches, minor die break on obverse. Very rare. Estimated at $5,000.
From the Gasvoda Collection. Ex M. L. Collection of Coins of Magna Graecia and Sicily (Numismatica Ars Classica 82, 20 May 2015), lot 12; A. D. Moretti Collection; Classical Numismatic Group 40 (with Numismatica Ars Classica, 4 December 1996), lot 613; Münzen und Medaillen AG XIII (17 June 1954), lot 998.
From the consignor: The most interesting type of the incuse coinage of Metapontum certainly must be the issues which have the locust (or grasshopper) design detail, as here. There are a number of varieties with the locust/grasshopper detail. Here it is paired with a well-detailed incuse dolphin. The locust would have been a serious threat to the agricultural community and likely the dolphin relates to Apollo who would have been seen as the God who eliminated a plague of these insects in the year this coin was struck. Exceedingly rare with only two examples in CoinArchives.

Lot 38: Bruttium, Kroton. Circa 530-500 BC. AR Nomos (27.5mm, 7.83 g, 12h). Spread incuse type. Tripod, legs surmounted by wreaths and terminating in lion’s feet, two serpents rising from the bowl, set on basis of three lines, the center dotted; (koppa)PO to left / Incuse tripod as obverse, but wreaths and serpents in relief. Gorini 4; Attianese 1; HN Italy 2075; SNG ANS 232; SNG Lloyd 592; Bement 272; Dewing 492-3; Jameson 1879; de Luynes 701; Washburn King 19 (this coin). EF, lovely old cabinet tone, minor mark in field on obverse. Well centered and struck. Estimated at $7,500.
From the Gasvoda Collection. Ex CNG Inventory 955015 (June 2013); Leu 83 (6 May 2002), lot 34; Classical Numismatic Group 42 (29 May 1997), lot 83; Elisabeth Washburn King Collection, gifted to Bryn Mawr College, 1951 (Christie’s, 11 December 1992), lot 619.
From the consignor: This is an important example to try to untangle the mystery of how these incuse die pairs were created. The die pair seen here was clearly intended to be mated together – notice the top of the tripod being proportionally out of level as an exact obverse/reverse match. Yet the reverse (incuse) die has the tripod slightly larger than the raised obverse. This flaw in compatibility surely caused the dies to wear too quickly as they competed with each other during striking. Were these dies created by hubbing a completed (obverse or reverse die) into a die blank to create the die mate? It seems the only logical explanation.
The Elisabeth Washburn King Collection was made up of 141 Greek coins at the time of her donation to Bryn Mawr College, the collector’s alma mater, in 1951. Though modest in size, the quality of the collection was outstanding, featuring excellent examples of many of the most sought out Greek types. The collection was published in its entirety by noted art historian and future curator of classical antiquities at the Boston Museum of Fine Arts, C. C. Vermeule, in 1956, while still a professor at Bryn Mawr. 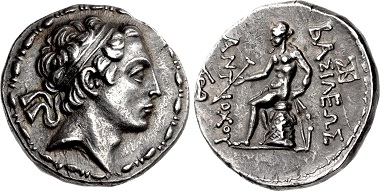 Lot 720: Constans. AD 337-350. AV Solidus (22mm, 4.61 g, 6h). Thessalonica mint. Struck AD 337-340. FL IVL CON STANS P F AVG, laurel-and-rosette-diademed, draped, and cuirassed bust right / VIRTVS EXERCITVM, Constans standing facing, head left, wearing military attire, holding a trophy mounted on a spear with his right hand and a shield on the ground with his left; a captive seated to either side at his feet, the one on the left with his hands bound, and the one on his right holding his head with his left hand, both are looking upward at the emperor; TES. RIC VIII 34; Depeyrot 4/7; DOC –; Biaggi 2126. Superb EF, small hairline flan crack, traces of underlying luster. An exceptional example. Estimated at $5,000.
From the George La Borde Collection (not in the NAC sales).

Auction 109 includes also something very special: rare ancient counterfeiters’ dies from the Gasvoda Collection which is presented seperately in this auction preview.

Printed catalogs for CNG 109 are now available. To order the catalog, please call CNG’s U.S. office at +1 (717) 390-9194. Catalogs have been mailed to customers on CNG’s active mailing list. Prospective bidders may also view the view the virtual catalog. The sale can be viewed online at CNG or NumisBids.